Would driver training reduce risk for dump trucks and buses?

Could commercial auto risk be reduced if training was mandatory for drivers of dump trucks, buses and 20-foot cube vans?

It’s a question Ontario’s transportation ministry is looking at, the province announced in its recent auditor general’s report.

Formal training for has been mandatory for tractor trailer drivers in Ontario for two years. This mean that to get an “A” licence, you now require 103.5 hours of instruction. This applies to tractor-trailer combinations where the trailer weighs more than 4,600 kg. 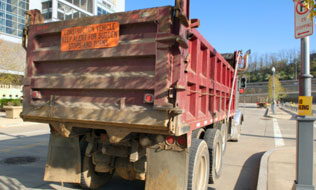 So your clients could be licensed for other types of commercial vehicles – dump trucks and buses for example – without formal training.

Auditor General Bonnie Lysyk announced Dec. 4 she is recommending that the Ministry of Transportation evaluate the benefits of mandating entry level training for additional classes of drivers other than A class. MTO says it agrees with that recommendation.

MTO said it is undertaking a formal evaluation of the mandatory raining for Class A drivers so it can better understand the effect of the training on collision risk. (An AZ licence means the driver can drive A class vehicles and also has an air brake endorsement). This evaluation “will be critical in guiding discussions to determine whether the Ministry proceeds with Entry-Level Training for other commercial driver licence classes,” MTO said in its response to the auditor general report.

Many large trucks can be driven with a class D or G licence, the Auditor General notes.

“In the example of a dump truck, which can be operated with a Class D licence, the dump bucket of the truck is not considered a trailer because it is fixed to the truck’s frame. Because licence restrictions are based on the weight of a vehicle and the load it is towing for trucks, and passenger capacity for buses, it is not always easy to determine what commercial vehicles require what type of licence,” the Office of the Auditor General said in the report released Dec. 4.

As a result, a 20-foot cube van could be operated by someone with a Class G licence (the same licence you need to drive a Mini or Miata), depending on the vehicle weight.

In Ontario, a D licence is required for any truck or truck-trailer combination weighing more than 11,000 kg – provided the trailer weighs less than 4,600 kg. To get a Class D licence you need to pass a road test, knowledge test and vision test. You also need to already have another Ontario drivers’ licence (other than G1, G2, M, M1 or M2) and submit a medical report. But as it stands, you don’t actually have to take a formal course.

Toronto-based Intact Financial Corp. reported last month its commercial auto premiums were up 11% from $203 million in Q2 2018 to $225 million in the three months ending Sept. 30. But the impact of higher earned rates was offset by increased claims severity in commercial auto, Intact said.

For its part, The Travelers Companies Inc. reported earlier that higher loss estimates in commercial auto was a major factor leading to its 95.9% combined ratio for the 3 months ending Sept 30.

Economical Insurance has reduced its premiums from volatile or unprofitable businesses – including some classes of trucking – CEO Rowan Saunders told Canadian Underwriter earlier.