Hamilton, Bermuda-based Everest Re Group, Ltd. has reported a combined ratio for the third quarter of this year of 85.6%, a five-point improvement from 90.6% in the same quarter of 2015. 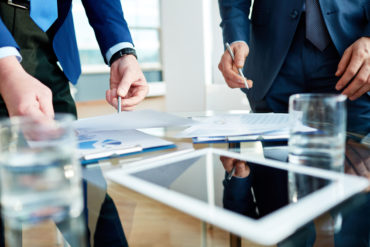 Excluding catastrophe losses, reinstatement premiums and prior period loss development, the current quarter attritional combined ratio was 84.4% compared to 88.3% in the same period last year, Everest Re added in a release issued earlier this week.

Catastrophe losses, net of reinsurance, amounted to US$17.5 million in the quarter, largely arising from Hurricane Hermine, the first hurricane to hit Florida in more than a decade. In addition, reserves for events that occurred earlier in the year were strengthened but were largely offset by reserve releases on several prior year events, the release added. The net impact in the quarter of these catastrophe losses, after reinstatement premiums and taxes, was US$16.2 million.

Net investment for the most recent quarter was US$122.7 million, including income of US$17.1 million on limited partnership investments.

Dominic J. Addesso, Everest Re’s president and chief executive officer, said in the release that the company is very pleased with this quarter’s results. “These earnings reflect strong underwriting margins, with a combined ratio of 85.6%, and a well-balanced investment portfolio that is providing solid investment income returns,” he said. “Continued momentum in our insurance operations coupled with the stability of our reinsurance book is fostering these strong results and providing shareholders double digit returns, with an 11% annualized operating return on equity for the first nine months of the year.”

Everest Re Group, Ltd. operates through various subsidiaries, including through the Everest Insurance Company of Canada, which provides property and casualty insurance to policyholders in the country. Everest Re also operates within the Lloyd’s insurance market through Syndicate 2786.