A home inspector was successfully sued for more than $13,000 in British Columbia for not advising buyers of a leaking Chilliwack home to fix foundation cracks. 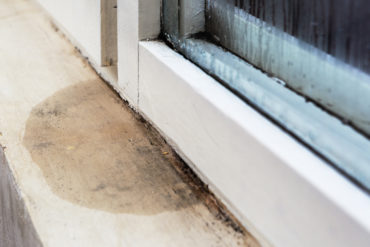 Mehran Ziragi Moghadam and Shirin Roohijahroomi hired Mr. Home Inspector before buying their house in 2015 from Tamiko Charlton. The actual inspection was done by Lee Fearnley.

Moghadam and Roohijahroomi lost their lawsuit against Charlton as the seller of the home. They alleged Charlton misrepresented the true state of the home but Justice Skilnick found no evidence to support their case.

B.C. was the first province to introduce mandatory licensing for home inspectors in 2009. On April 3, 2017, Ontario also passed legislation requiring home inspectors to be licensed and to have proof of liability and errors and omissions insurance.

In B.C., the Home Inspector Licensing Regulation requires inspectors to state in their contracts whether or not they will look for mold or asbestos. In the report that Fearnley provided on the home that Moghadam and Roohijahroomi bought, Fearnley noted he did not provide a “visible mold evaluation.”

Moghadam and Roohijahroomi took possession of their home in October 2015. In November, they noticed a musty smell in the basement and discovered water pooling in a corner.

The following February, Fearnley returned to the home. The new owners let him cut away some drywall. After turning on a hose they determined that water was getting through the foundation crack.

Fearnley had mentioned the foundation crack in a report, but he did not consider it to be a “significant problem,” Justice Skilnick wrote in Moghadam et al v. Mr. Home Inspector et. al.  Fearnley had recommended that the cracked foundation be “monitored” and noted there was a “chance of water damage” to the building and its contents.

“There appears to be a glaring omission in the recommendation of Mr. Fearnley that the situation should be merely monitored, as opposed to sealing the cracks,” Justice Skilnick wrote. “The former approach suggests a course of action that the homeowner should wait for damage to occur first, while the latter suggests that the homeowner should take pre-emptive action to prevent the damage occurring in the first place.”

The buyers retained a different home inspector as an expert witness. That witness testified that Fearnley failed to emphasize the impact and severity of cracks in the foundation. Concluding that the water entered the home through those cracks, the plaintiffs’ expert testified that the home was in an area of B.C. that was “pretty much a rainforest,” and so, when a foundation cracks, it is “bound to leak when rains return after summer.”

The defendant’s lawyer argued that “little weight” should be placed on the evidence of the plaintiffs’ expert witness because that expert did not actually inspect the property. But Justice Skilnick found that the home buyers’ expert’s conclusion was “logical,” given the climate in B.C. Justice Skilnick added that Fearnley’s work “does not appear to be in keeping with the duty of a reasonably prudent home inspector to make recommendations to correct or monitor” a deficiency found in a home.

12 Comments » for Home inspector out $13,000 for leaky foundation advice