There seems to be no shortage of hazing and abuse incidents in the news lately.

Earlier this month, a Miami University student was allegedly hit “with a paddle with spikes and grooves,” forced to drink large amounts of alcohol and smoke marijuana in a hazing incident. 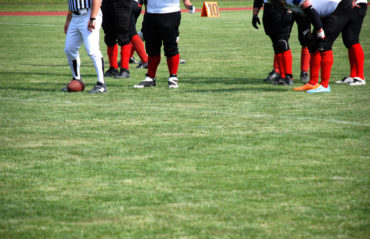 Closer to home, six youths were charged last year in connection with a group sexual assault at St. Michael’s College School in Toronto. In 2017, in Dearborn, Mich., there were reports of an after-school hazing incident involving several varsity football players in the locker room; some labelled it “rogue hazing,” others called it sexual assault.

“I kind of grew up in a sports environment and it was certainly there, but hazing in general in schools – like a rite of passage – is big,” said Neil Mitchell, president of Player’s Health Insure, in an interview with Canadian Underwriter. “It’s bigger than I thought it was.”

From an insurance standpoint, there is a contraction of capacity available in the market for abuse cover, so insurers are looking to see what tools or protocols an organization has in place. “They have protocols and risk management services in place to mitigate that risk, therefore [carriers] are more comfortable insuring it,” Mitchell said. “I’ll better price it, yes, but more importantly, I’ll give them the cover they absolutely need as opposed to no coverage or these low sub-limits and they don’t really help.”

“It’s another risk management tool that [insurers] can look to and that an organization is using [says] to a carrier that they are taking abuse reporting and incident reporting seriously,” Mitchell said. “Show we what you are doing with your organization, with your youth participants, to demonstrate to me that I should insure you for the limits that you need at a price that’s reasonable.

“What this app does is it creates tremendous visibility and transparency on abuse reporting protocols and procedures,” Mitchell said. “It’s just another feather in the cap, so-to-speak, that demonstrates that this organization, because they’ve encouraged their membership to use this app, is serious about fleshing out abuse issues.”

The app was launched several months ago in the United States and earlier this month in Canada. It has grown to about 70,000 users and 40 documented abuse incidents reported, with 35 of them being actionable.

Mitchell reports that 40% of the reported incidents have been directly from minors (those under the age of 18), something that has often been an issue in the past. Often, minors are embarrassed of the incidents and don’t want to tell their parents, as the coach may be a friend of the family, for example. “Before a minor would be reluctant because they would have to print a PDF, fax it, it wasn’t anonymous,” Mitchell said. “So, kids would keep their mouth shut. Now, they have a voice.”

From a D&O perspective, board members can also better insulate their own protection because they don’t have to wait years to find out about the incident, they can find out about it now and better protect the organization from a brand standpoint.

“It’s finding out about [incidents] sooner rather than later. The longer it goes, the bigger the financial consequence to an insurance company,” Mitchell said. “You don’t wait for the tsunami to hit. It comes out with time, not three years, 10 years, 15 years, 30 years later.”

1 Comment » for How sports hazing and abuse affects insurers