Judges in class action lawsuits involving privacy breaches are going to become “more accepting of the notion that you can get money for your inconvenience,” a lawyer said on Friday at NetDiligence’s Cyber Risk Summit in Toronto.

Eric Dolden, a partner with Dolden Wallace Folick LLP, explained that typically a judge won’t certify a class action when the plaintiffs argue that the breach is “kind of inconvenient,” such as bank client having to go out and get a new credit card or double check their credit score. Acknowledging that he was oversimplifying the issue to make a point, “inconvenience and upset is generally not sufficient for certification,” Dolden said.

“If you had a psychological sequela secondary to an invasion of privacy, that’s going to get you over the finish line.” [A sequela is a condition that is the consequence of a previous condition or a disease.] 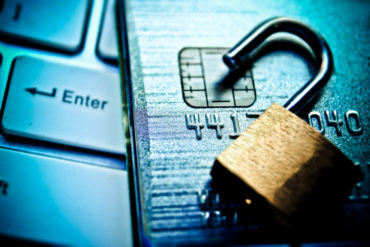 Even though judges typically won’t certify a class action lawsuit simply due to inconvenience, an ongoing case is going to give effect to this topic. “You’re going to see that more and more,” Dolden said of plaintiffs receiving compensation for inconvenience.

In Condon v. Canada, the Federal Court of Appeal allowed claims for negligence and breach of confidence to be included as part of a class proceeding. The original Federal Court judge did not include it as part of the class action lawsuit, noting that “it is plain and obvious that the claims based on negligence and breach of confidence would fail for lack of compensable damages.”

The appeal court decision, released on July 6, 2015, referred the matter back to the Federal Court to include the claims in the class proceeding and “to determine the common questions” in relation to claims for negligence and breach of confidence.

“People whose privacy’s being infringed electronically or otherwise have a right to claim damage even if they have no actual injury,” Dolden said during the session Claims & Losses Update. “[There’s cases] where Canadian judges awarded damage where there’s no harm to the claimant, merely the fear of harm – my credit card might be used or my personal medical details might be disclosed to someone. That’s really important because that’s the bulk of claims that as defence counsel we face in Canada.”

In allowing the appeal, Federal Court of Appeal Judge Wyman Webb wrote that “in my view, the Federal Court Judge erred in law in evaluating the merits of the claims for negligence and breach of confidence based on the evidence submitted by the parties and in failing to address the claims for special damages for ‘costs incurred in preventing identity theft’ and ‘out-of-pocket expenses’ in her analysis.”

The plaintiffs in the case are individuals who applied for and received loans through the Canada Student Loans Program from 2002 to 2006. Personal information of these individuals was stored in a hard drive that had been kept in a filing cabinet at the offices of the federal ministry now known as Employment and Social Development Canada. The hard drive was lost and had not been recovered as of the appeal decision date.