One broker’s view on obtaining medical marijuana coverage for clients

What’s the market like for medical marijuana insurance coverage?

“The market has contracted and it’s just far more difficult now [because of] a smaller number of pools to draw from,” Eric Lock, a Kelowna, B.C.-based broker with AC&D Insurance, said in an interview Monday. “Rates have certainly gone up.” 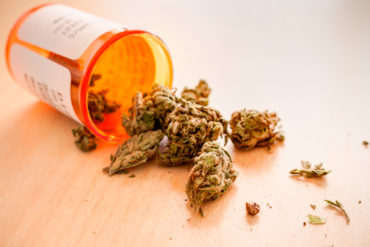 As an example, Lock said one client’s last quote was over $6,000 this year, up from about $4,000 last year and a far cry from about $1,100 previously. As well, Lock used to have three markets he could approach for medical marijuana coverage. But now he has two.

In another case, a family in Oliver, B.C. was told the specific type of policy they needed to grow medical marijuana would not be renewed by the carrier, the Oliver Chronicle reported in May. The family was able to find coverage through Lloyd’s and began paying roughly double their previous rate before being told by the insurer that it would no longer cover medical marijuana production on domestic properties.

“For those that are growing at home, it’s gotten very, very difficult to place and the premiums have certainly ramped up as well,” Lock said.

He spoke to Canadian Underwriter about the challenges associated with finding medical marijuana coverage specifically, and not coverage for recreational marijuana use, which became legal last October. He was also referring to medical marijuana grown at someone’s primary residence, not in a rented commercial space, for example.

“People are between a rock and a hard place,” Lock said. “They’re mortgage holders required to have insurance and the insurance that I’m able to source to date for medical marijuana, the number of markets is incredibly limited. I think it’s two that I’m aware of right now.”

In addition, some of the underwriting requirements are very stringent in relation to what underwriters “are looking for in terms of risk management tools before they’ll accept a risk,” Lock reported.

“It’s been frustrating,” he said. “These folks, they have licences for a reason.”