This global carrier could re-enter the Canadian retail insurance market

Seventeen years after selling its personal lines business to the insurer now known as Intact, Zurich Canada has ambitions to re-enter the “retail” space, but it remains to be seen how it would do that or what form it would take.

“In Canada, up to 2002, we were a very large player in the retail segment, both P&C and life. Since 2002, we have focused on the commercial segment,” said Saad Mered, CEO and chief agent of Zurich Canada on Monday.

“Over the medium to long term, clearly we have an interest in re-entering the retail segments, both P&C and life. How we do that is still to be defined, but clearly this is our ambition and we will work much more carefully over the next months and years to craft that strategy,” Mered added during a press briefing at Zurich Canada’s Toronto head office. 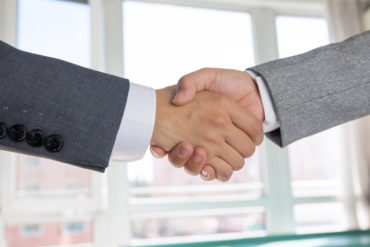 Zurich announced in late 2001 that it agreed to sell its Canadian personal lines business to ING. About 1,000 Zurich employees moved to ING as part of the deal that closed in 2002.

In 2009, ING Groep sold its interest in ING Insurance Company of Canada, which is now known as Intact Financial Corp.

“I think the Canadian market is a market that, institutionally, we know,” Mered said. “It’s a market of strong interest, but the days when you would do a classic retail model – which is a small broker-type auto and home business from scratch – those days are gone.”

“I think the retail segment is a very wide segment especially in the concept of innovation,” Mered replied. “Is Zurich interested, as a green field, to enter the auto and home market from scratch? No. Are we open to strategic opportunities? Absolutely. Are we open to other opportunities that could leverage a disruptive play? Possibly.”

Zurich ranked 10th in the Canadian liability insurance market in 2017, writing nearly $180 million in premiums in liability that year.

“In the short to medium term, we will be strengthening our commercial segments, especially in the middle markets, and continue to invest in our large account space as well,” said Mered.

The main focus of Monday’s briefing was on Zurich Canada’s plans to work with a Toronto IT vendor to have artificial intelligence software read policy documents automatically. That vendor, Chisel, placed first in Zurich’s recent Innovation World Championship, in which more than 400 technology startups from 49 countries competed.

“Part of the change in leadership teams that you are seeing at Zurich Canada is about re-positioning ourselves and pivoting to a situation where we can absolutely leverage those opportunities and gain adequate appropriate market share in our target segments,” Mered said of several Zurich Canada appointment announcements over the past year. Among them were the appointment of Mathias Sommer as head of operations for Zurich Canada.