Why the Canadian broker channel is seeing more consolidation

Canada is seeing a lot more consolidation in the broker channel as some manufacturers seek to guarantee delivery of their product, an analyst told Canadian Underwriter Monday.

“In the Canadian landscape, the broker channel is important to all of the manufacturers, particularly on the P&C side,” said Ron Stokes, partner at Ernst & Young Canada and Canadian financial services transaction lead. 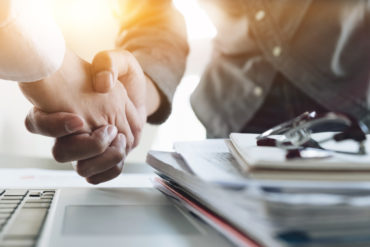 Stokes was responding to a question about whether smaller acquisitions (under $1 billion) were on the rise in the Canadian insurance space, either anecdotally or statistically. Anecdotally, he said, large brokerage M&A deals are a “relatively rare commodity.” Still, “in terms of the M&A outlook, globally and in Canada, I think the deal outlook remains healthy. I would expect consolidation in the industry to continue.”

Stokes made his comments following the release of Willis Towers Watson’s (WTW) latest Quarterly Deal Performance Monitor on March 22. The report found that globally, smaller acquisitions were on the rise as shareholders challenged the value of large, high-risk deals.

Stokes was not commenting on the report specifically, sharing instead his own insights into the Canadian and global M&A environment.

One finding of the WTW report was that “slow” deals, which take 70 days or longer to complete – and typically include mega, large, cross-border and cross-regional deals – underperformed the market. Stokes said that in Canada, he doesn’t believe there is any statistical evidence that says if a deal takes longer, it’s underperforming relative to what is being seen globally.

Jana Mercereau, WTW’s head of corporate mergers and acquisitions for Great Britain, said in a press release that companies will continue to be more cautious in 2018 while still actively looking at strategic, smaller transactions – with “technology acquisition the number one driver of M&A pursuits.”

Looking at global M&A trends in 2018, the question of “buy or build” has become quite central to M&A trends, Stokes said.

“In 2018, we would expect that insurers continue to invest in insurtech businesses – to buy or build – and increasingly provide access to operate in the emerging digital ecosystems,” he said. “There, I would say, ‘How do you drive sustainable revenue models from this new ecosystem?’ That is something there is no success margin around it. Looking forward, I think that insurtech space will become quite active in addition to the traditional insurer-brokerage model.”

More News
Related
How this top-tier Canadian brokerage plans to double its revenue in 5 years
Travelers Canada ‘trying to figure out how best to proceed’ with telematics-based auto insurance
Want to acquire an MGA? Here’s what you can expect to pay (and why)
Why brokerages looking at M&A should consider management buy-outs