If the deal goes through, about 250 JLT employees worldwide would join Gallagher. 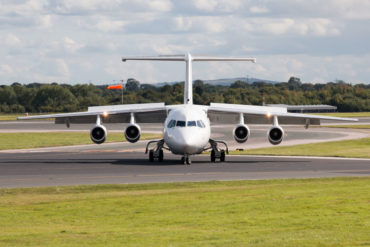 Gallagher’s deal is subject to regulatory approval in Europe but is scheduled to close this spring in connection with the closing of Marsh & McLennan’s acquisition of JLT, Gallagher said Monday.

JLT has aerospace operations in Canada, Britain, the United States, Australia, New Zealand and 10 other countries.

Based near Chicago in Itasca, Ill., Gallagher is the world’s fourth largest commercial property and casualty insurance brokerage.

Gallagher, which has more than 30 locations in Canada, is publicly traded and led by chairman and CEO J. Patrick Gallagher Jr., grandson of company founder Arthur Gallagher.

“The addition of JLT’s global aerospace broking operations will firmly position Gallagher as a leading broker in the extremely attractive and dynamic aviation and aerospace sector,” J. Patrick Gallagher Jr. stated Monday in a release. “The business portfolio is a highly complementary geographic fit with Gallagher’s existing footprint and will provide significant growth opportunities for our international businesses. We look forward to welcoming the team to Gallagher later this spring.”

Gallagher recently announced the acquisition of P&C brokerage Jones Brown Inc., which has offices in Vancouver, Calgary, Toronto and Hamilton.