Where the claims industry stands on flexible workplace conditions

Editor’s Note:  This version of the story clarifies that previous remarks attributed to Glen Hopkinson were not intended in any way to be interpreted as connected to the merger of AXA and XL Catlin. His remarks were intended to refer to open office concepts generally and not about any specific workplace.

Flexible working conditions for claims staff is one way some Canadian organizations are making their environments better places to work. 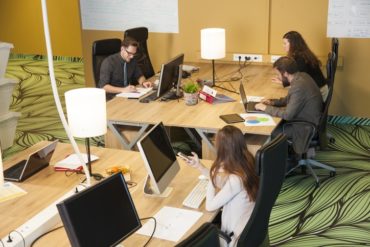 Workplace stress, and arrangements to cope with that stress, were front-and-centre at the joint conference of the Ontario chapters of the Canadian Independent Adjusters’ Association and the Canadian Insurance Claims Managers Association on Tuesday.

Industry leaders were asked how changes such as mergers, organizational changes, offshoring and open concept offices are affecting their teams and how they are managing them.

“I believe in flexible working conditions for staff, making it easier to do their work,” said panelist Monica Kuzyk, vice president of Waterloo independent adjusting firm Curo Claims Services and past president of CIAA. “Some people would resist a home office. Some people want to come to work, they don’t want to share their work station, they like the pictures on their desk, they are motivated by the smiles of their families.”

Glen Hopkinson, vice president and head of claims (Canada) for AXA XL, also expressed support for flexible working relationships such as working from home. He said such an arrangement is a viable way to offset issues that may arise in certain workplace settings. For some, he noted, an open office concept may present some challenges.

“Trying to block out all that noise going on around you, trying to focus on something that is very detail-oriented, trying to have a conversation in a conference call – sometimes it’s quite difficult to do that,” Hopkinson said. “I am much more understanding now…that work can sometimes get done, and probably a whole lot better, if you are not in the office.”

Workplace stress, and flexible work arrangements that alleviate that stress, were a major theme of Tuesday’s joint conference.

“If I think about it from the perspective of an examiner, the demands are higher today than they were before,” Hopkinson said of some of the factors that increase stress. “I think a lot of that has to do with the service expectations on examiners.”

For a restoration firm, “we’ve got multiple masters,” said the third panelist, Stephan Roy, director of disaster restoration at ServiceMaster of Canada Ltd. “We have insurers, we have adjusters, we have brokers, we have homeowners — trying to meet the demands can contribute to burnout.”

More News
Related
What adjusters can learn from technology disruptors
Fort McMurray wildfire could hurt 2016 Q2 results for some Canadian p&c insurers, companies offering help
Insured losses of New Zealand quake could be as much as US$3.5 billion: AIR Worldwide
How lawsuits arising from stolen vehicles could affect drone claims