Large Quebec brokerage Lussier Dale Parizeau has acquired the assets of Petrela, Murray, LeBlanc Inc., another brokerage in the province. 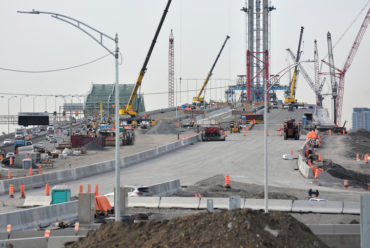 “Petrela, Murray, LeBlanc is an insurance firm with specialized expertise in construction bonding and site insurance,” said André Lussier, president of Lussier Dale Parizeau, which is based in Sorel-Tracy, Que. “This transaction allows us to consolidate our expertise in this specialized field.”

Owned by the Lussier family, the large brokerage offers personal and commercial insurance, as well as life and health insurance, group insurance, pension and financial planning solutions, occupational health and safety, and other coverages.

Petrela, Murray, LeBlanc has been providing bonding and construction insurance services to prime contractors for more than 25 years. Based in Laval, Que., it also has offices in Montreal and affiliates in Toronto and Ottawa.

Lussier Dale Parizeau has made a couple of acquisitions recently. In November, 2018, it announced it had acquired Assurance Meloche & Labelle and its partners. Assurance Meloche & Labelle offers a variety of insurance, include home, commercial, auto and recreational vehicle. Last August, the brokerage acquired Quebec City-based Trinome Conseils, which assists companies, associations and groups at the provincial and national levels with group insurance, pension plans, occupational health and safety, human resources and pay equity.

Lussier Dale Parizeau was formed in 2015 from the merger of two brokerages: Lussier Insurance Firm and Dale Parizeau Morris Mackenzie.