NFP Corp. has been busy in the approximately two years since the U.S.-based brokerage acquired Dalton Timmis Insurance Group in 2017, its first Canadian P&C acquisition.

Since that time, it has acquired a number of Canadian brokerages, including Mass Insurance Brokers Limited and Easyway Insurance Brokers Inc. (collectively known as Mass) in December 2018, PBL Insurance Limited in February 2019, and McLean Hallmark Insurance Group in July 2019. 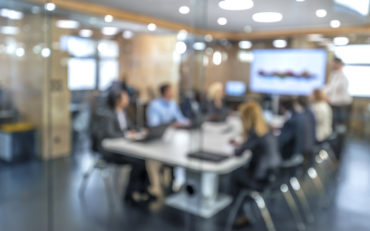 “We had our finger on the pulse of large P&C brokers that were either looking to divest or looking to sell, or had some form of succession plan,” said NFP in Canada president Greg Padovani. “So, the strategy morphed and probably accelerated a lot faster than NFP U.S. may have wanted it to, but the fact is we had the relationships, the iron was hot, and we were able to go in and secure some very, very good deals.”

NFP, an insurance brokerage and consultant that provides P&C, employee benefits, retirement and individual solutions, actually came into Canada in 2008 on the non-P&C side.”The 2008 acquisition was that of Marty Shaw’s firm,” Padovani said, adding that Marty is currently NFP’s chief strategy officer.

How did it all start on the P&C side?

Padovani, who had been with Dalton Timmis since 1991, said the brokerage was using Brady Financial Group as its group benefits firm. Principal Kevin Brady was also a personal friend of Padovani and Brian Timmis. So when Brady Financial sold to NFP about seven years ago, “Kevin had suggested we talk to NFP,” Padovani recalled.

“NFP wasn’t in Canada, they didn’t have a P&C platform at all,” Padovani said. “So, we hired on BMO M&A to take us out to market, they contacted NFP U.S. and asked if there was any interest in coming into Canada and having a P&C platform. And there was huge interest. That’s how it started as NFP’s foray into the Canadian P&C side.”

NFP then started talking with Mass; that deal closed in December 2018. Padovani describes the acquisitions of PBL Insurance and McLean Hallmark as “friendly acquisitions – brokers that either [business partners] Brian Timmis, Domenic Tesone or myself have known for 25 years.”

Prior to selling, Dalton Timmis had in excess of $200 million in premium and about 175 employees. “Really, when Dom, Brian and I sat down, we didn’t think we were large enough to be relevant,” Padovani said. “I think probably a lot of brokers have the same mindset and you need size to be relevant, especially if you’ve got a large personal lines retail book that you want to compete with other large, sophisticated brokers. We were a very large regional broker, but even at our size, we felt we needed to be bigger to be relevant.”