La Capitale is based in Quebec City and SSQ is based in Sainte Foy, just outside the provincial capital. La Capitale and SSQ have 9% and 2.6% market share in Quebec P&C insurance respectively, according to Canadian Underwriter’s 2019 Statistical Guide. Intact and Desjardins have 24.2% and 15.7% respectively.

A merger of La Capitale and SSQ has been approved by boards of directors for both insurers. It still requires approval of both insurers’ mutual policy holders as well as regulators.

The majority (78.38%) of La Capitale General is – in essence – ultimately owned by La Capitale Civil Service Mutual, which has more than 312,000 mutual members, the firm said in its 2018 annual report. 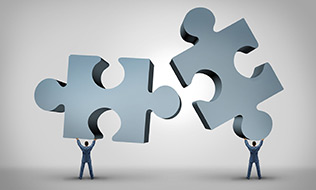 “At this time, no changes will be made to either company’s operations,” the companies said Wednesday. “A process will be set up to decide on the name and image of the new company.”

“The new company will be poised for faster growth and improved competitiveness at a time when the insurance industry is evolving rapidly,” La Capitale said in a release.

In the P&C market, both Economical and Wawanesa were larger in 2018 than La Capitale and SSQ combined.

Wednesday’s announcement comes less than a year after La Capitale merged with LEDOR, a mutual insurer based in Sainte-Claire, Que. That merger took effect June 12, 2019.

La Capitale General owns Mississauga, Ont.-based Unica Insurance and L’Unique General Insurance. In 2008, La Capitale General acquired York Fire & Casualty Insurance Company from Kingsway Financial Services Inc. of Toronto, which announced in 2018 that it would change its jurisdiction of incorporation to the United States. Kingsway at one point owned Jevco. Kingsway now provides warranties for vehicles, fridges and air conditioners but no longer writes property and casualty insurance in Canada.