What does the current market look like for merger and acquisition (M&A) activity in the Canadian P&C brokerage space?

“The current market is primarily being driven by underwriters and private equity (PE) investors,” wrote Mike Berris, partner and practice group leader with Smythe Advisory in the firm’s recently released Property & Casualty Insurance Brokerage Report 2019. “While underwriters have had significant impact on the pricing of P&C books of business, it is our view that PE investors are increasingly becoming significant players, at least as far as new transactions are concerned.” 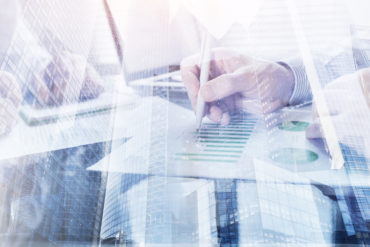 Optis Partners’ 2017 Merger & Acquisition Update reported 604 P&C insurance transactions were announced in Canada and the United States in 2017. Of these, 382 (representing over 63%) of them were completed by PE firms or PE-owned brokerages.

“The PE strategy is different from those of your typical broker or underwriter consolidator and can be very attractive to a vendor in the right circumstances,” Berris wrote in the report.

PE acquirers are paying top prices and their strategy is if they can roll up, say, 10 brokerages with $5 million in revenue each, the combined $50 million dollar brokerage will be worth more than the sum of their parts. “I think this is a good strategy,” he told Canadian Underwriter Wednesday. “In addition, they often require or offer a chance to roll over some equity, which potentially gives the divesting party a chance to get another payday.”

From an insurer perspective, low cost of capital and desire to protect premiums revenue has led to “intense competition and record pricing of brokerages and books of business.” But no one should take this for granted, Berris warned, noting that underwriters have become very selective in the type of business they want to take on.

“Underwriters have made a conscious decision to tie up more premiums and they are aggressively buying and financing book acquisitions,” Berris said. “I think they are factoring in their underwriting profits and this allows them to pay more as the required return on investment includes underwriting profit. This has had the effect of seeing prices drift up.”

While demand for P&C brokerages continues to be strong, acquirers are expected to be more strategic in their acquisitions to ensure these transactions can easily be integrated into their operations. “Insurance companies and private equity firms will likely continue to dominate M&A activity in the upcoming years,” Berris concluded.

In recent years, Berris said he has continued to see prices rise, but it’s important to understand the dynamics that have led to the price increases. “For the most part, small brokers have been priced out of the market. Regional consolidators are buying when it makes sense, but are less active than they were 10 years ago.”

The most recent report data represents fiscal year-end results between January 2018 and February 2019 for over 80 brokerages (and more than 250 branches). In Smythe Advisory’s 2017 edition of their P&C brokerage report, it was noted that “in a number of recent transactions, prices have been 25 to 30 per cent higher than in similar transactions in 2015.” In September 2018, Berris told Canadian Underwriter he had seen significant price increases over the past year-and-a-half (sometimes 3.3-3.4 times revenue for a mixed book or four times revenue for other books).

The 2019 report said looking back to 2007-2016, Smythe Advisory was involved with 13 sell-side transactions with revenue multiples that ranged from 2.1X to 3.5X revenue, including contingent commissions. The median enterprise value was 8.0X earnings before interest, tax, depreciation and amortization (EBITDA), or 2.6X revenue.

“If we assume the EBITDA and revenue multiples are proxies for reach other, then this implies an expected EBITDA margin of 30%,” Berris said. “In the current M&A environment, we are seeing a wide range of revenue and EBITDA multiples, some of which are significantly higher than the pricing we saw prior to 2015.” Berris said he has seen properly priced deals that range from 7X to 13X EBITDA.

Overall, the market for P&C brokerages and books of business is strong and will likely continue to be robust in the foreseeable future, Berris said.