Why brokerage M&A in Canada will slow down in 2020

Looking at the number of brokerage acquisitions already in January, you wouldn’t think merger and acquisition (M&A) activity is slowing down.

But earlier this month, Willis Towers Watson reported that the global M&A market, with performance in steady decline since its peak in 2015, is forecast to continue to struggle to add value in 2020. “A drop in North American deals is expected to act as a drag on global M&A activity and points to a more selective approach to acquisitions,” Willis Towers Watson said in a press release Jan. 9. 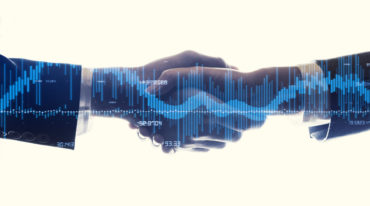 Wait, what? In less than a month in 2020, there have been no fewer than eight brokerage-related M&A deals in Canada. The latest was earlier this week when Quebec brokerage Lussier Dale Parizeau acquired Gestess Inc., a provider of occupational health and safety solutions. And 2019 saw a number of acquisitions in the Canadian P&C space, including four in December.

It certainly doesn’t appear that brokerage M&A in Canada is slowing down any time soon.

But Mike Berris, a partner with P&C advisory and consulting firm Smythe Advisory in Vancouver, does expect a slowdown because the stock of available brokerages is shrinking.

“It’s my view that the demand is still there, but you’re going to see a slowing in actual acquisitions by the end of this year, just by the supply of brokerages that make sense for [acquirers] to buy,” Berris said Thursday. “I would expect fewer transactions, and I’m not sure that’s a bad thing. There are fewer and fewer brokers that fit the profile to attract these high prices.”

Scale really matters when a private equity firm buys a business. For example, it wouldn’t be uncommon for a $2-million brokerage to sell for eight or nine times EBITDA (earnings before interest, tax, depreciation and amortization). But if it’s a brokerage with, say, $50-100 million in commissions, the selling price could be 11 to 13 times EBITDA.

“Brokerages under $3 million, they’re just not in the same amount of demand,” Berris said by way of example. “It’s just as much work for [acquirers] and the big, regional brokers, there’s getting to be fewer and fewer of them.”

It’s also important to remember the deals that are being announced now started a year or more ago, so they have already been in the pipeline, Berris observed. “There’s still a lot of capital there, but that pipeline has really thinned out overall.”

Globally, last year may have ended with a flurry of deals, yet the picture for mergers and acquisitions in 2019 was patchy at best, said Jana Mercereau, Willis Towers Watson’s head of corporate mergers and acquisitions for Great Britain. “As regulatory, trade and economic uncertainties persist, the market is likely to continue at a slow pace in 2020, with companies in wait-and-see mode, particularly in North America where many transactions are on hold due to trade tensions, a slowing U.S. economy, and because presidential election years historically bring market volatility.”

The Willis Towers Watson study was based on deals valued at more than $100 million, based on share-price performance. Acquirers have now, on average, failed to add value from deals for three consecutive years, with nearly half (42%) of deals failing to add shareholder value in 2019, the report said. Willis Towers Watson spokesperson Andrew Collis confirmed to Canadian Underwriter that the M&A data related to a number of sectors, including the financial services industry.