Why your brokerage could be an attractive takeover target

Canada saw 47 merger and acquisition transactions in insurance distribution during the third quarter of 2019, KPMG reported. This was down slightly from 49 transactions in Q3 2018 but up from 30 in Q3 2017.

“The insurance broker has emerged as a hot target in the (M&A) marketplace and there appear to be deals for insurance brokers happening almost every week as the big American consolidators come into Canada to buy up targets left and right to try to gain competitive advantages,” said Michael Carolan, senior vice president of corporate finance at KPMG Canada. 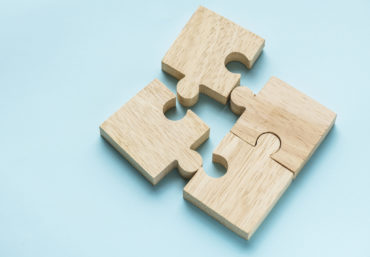 “It’s not a particularly active market on the underwriting side in Canada,” Carolan said this past Thursday while moderating a breakout session the KPMG insurance conference, held at the Metro Toronto Convention Centre.

There were only two transactions in the third quarter involving Canadian carriers, Carolan noted. One was Genworth Financial Inc.’s announcement this past August that it agreed to sell its 57% interest in Genworth MI Canada Inc. to Bermuda-based Brookfield Business Partners LP. Genworth MI writes insurance covering the risk of a home buyer defaulting on their mortgage.

Before Intact agreed to buy The Guarantee, the last deal involving a Top 10 Canadian P&C insurer buying another Canadian insurer was in 2016, when Aviva bought RBC General Insurance from The Royal Bank of Canada. CAA Club Group’s $166-million acquisition of Echelon Insurance closed during the second quarter of 2019.

“Where all the action has been in Canada in the last 12 months has been on the distribution and services side,” Carolan said at the KPMG Insurance Conference. He asked panellists what has been driving this activity.

“We see a lot of owners in their 60s and 70s that are looking to retire,” said Stratton. Other drivers include higher valuations and the need to invest in technology.

“From a private equity perspective, [a brokerage] is virtually recession proof, [with] very durable income [and] very repeatable business, and I think that there is access to debt to be able to support these acquisitions,” said co-panellist Rod Campbell, director and CEO of Jones Brown Inc., a Canadian brokerage recently acquired by Arthur J. Gallagher & Co.

“Insurance distribution is an economy of sales business. You either grow or you sell,” said Joan Wong, a partner with KPMG Canada’s deal advisory practice in Toronto.