The Co-operators announced Monday that homeowners in British Columbia and Nova Scotia can now be insured for storm surge damage, calling the coverage the first and only of its kind in Canada.

Storm surges are waves caused by storms and hurricanes and present a significant flood risk, especially in coastal regions where extreme weather patterns have noticeably intensified with the changing climate. “We added storm surge to our insurance coverage because it addresses a risk that until now has not been covered,” Tara Laidman, program director of flood initiative at The Co-operators, told Canadian Underwriter Monday. “Including storm surge coverage in our Comprehensive Water product adds another layer of protection for our clients, especially for those in coastal regions.” 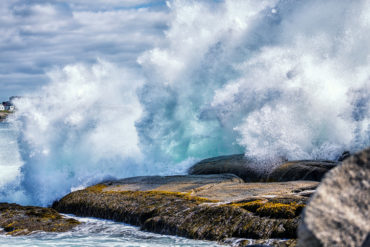 Homeowners in B.C. and Nova Scotia can now add this coverage, which protects against sudden and accidental water damage that enters a home from outside sources such as a sewer backup, overflowing rivers, lakes and streams, rising water tables, groundwater that flows into a foundation, storm surges and waves from storms or hurricanes. The coverage excludes tidal water, a tsunami, and continuous or repeated leaking or seeping,

When asked about pricing, Laidman said the product “offers no restrictions on limits of coverage and deductible, regardless of zone or claims. We evaluate coastal area risk in the same way – using geo-coding to assess risk and rating, allowing for more precision to rate risk.” The risk of storm surge is also assessed through historical water and sea-level rise in coastal regions, digital elevation models, and loss mitigation efforts.

The Co-operators plans to complete the national roll-out of its Comprehensive Water product this year. By the end of the year, all Canadian homes and farm dwellings will have access to the coverage, Laidman said.

Coverage is effective immediately for new clients. Renewals will start converting June 15 for homeowner clients, and July 1 for farm policies.

In 2015, The Co-operators began offering overland flood coverage in Alberta and expanded the coverage to Ontario in 2016. Today, more than 250,000 Canadians are covered under the water product, which uses a flood model that incorporates data on elevation, soil, rainfall, river flow, government-controlled defences like dams and channels, and other factors that help predict areas at risk of flooding.

According to a study last year by Partners for Action Network, almost all (94%) of Canadians living in high flood zones are unaware of their risk; less than 30% are taking action to protect their property from flood risk.