Board of directors dismissed at Alberta’s Agriculture Financial Services Corp.

EDMONTON – The Alberta government has sacked the board of a Crown corporation following a report that said there were procurement violations and lavish spending by executives that included golf trips, limo rides, and luxury seats to the Edmonton Oilers. 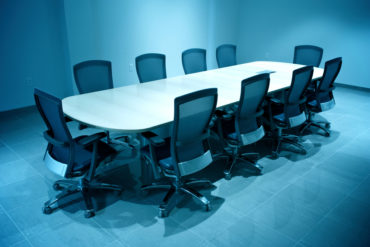 “I trust that the AFSC will emerge as a stronger organization, with a senior management team and board of directors that is focused on its job – serving the people of Alberta.”

He said the investigation into the Agriculture Financial Services Corporation, or AFSC, was launched by an anonymous tip last November.

Three executives have been suspended with pay while the interim board decides their fate.

The executives are the president, the chief operating officer and the vice president for innovation and property development.

Carlier said they have also referred the issued to police, and for that reason declined to name the board members or the executives.

However, the government said the names on the AFSC website accurately reflect the former governance structure.

The website lists the president as Brad Klak, the chief operating officer as Merle Jacobson, and the vice president as Wayne McDonald.

There were six board members including the chair, former Alberta Agriculture Minister George Groeneveld.

The corporation provides farmers and agribusinesses help with loans, crop insurance and farm income disaster assistance. It has 600 employees spread over 46 offices with a head office in Lacombe.

The internal audit, delivered to Carlier on April 28, focused on the last four years and found numerous irregularities.

Many of the problems focused on the broker hired by the corporation to get the best deal on reinsurance.

Despite rules forbidding the executives from getting gifts from vendors, the three executives, according to the report, received “meals, alcohol, paid entertainment (including theatre and concert tickets and sporting event admissions), rounds of golf and gifts on a frequent basis over four years from the broker.”

In some cases the broker pitched in to help pay for AFSC functions, including one at the 2014 Calgary Stampede.

The report said executives racked up unjustified expenses including a return trip limousine ride from Lacombe to Edmonton for the president to attend the company Christmas party.

There was $5,108 for a dinner for the executives in Tokyo and $19,144 paid to a consultant in return for a share of a luxury suite at Edmonton Oilers hockey games.

The audit said the executives travelled extensively to meet with reinsurers even though it was the job of the broker to do so and that the reinsurers frequently came to Canada to meet anyway.

The executives told the auditors the trips had value in keeping abreast of issues and learning new trends.

Rules were not always followed on contracts, said the audit.

It said of 15 selected vendors with payments between 2013 and 2015, eight of the contracts violated the procurement policy. The corporation did not get the required number of bidders and some of the paperwork was not done in contract form.

In the case of the broker, there were six bidders for the job in 2008, and while the winning bid was to be the number used in the contract, the agreed payment ended up being $299,000 higher.

“Management was not able to explain why,” said the report.

Carlier said an interim board is in place charged with improving the governance structure.