Drastic measures needed if insurance sector is to reinvent itself: KPMG report

Only half of global insurers polled believe that they are capable of extracting and sustaining value from business transformation initiatives, with 57% admitting that their transformation efforts to date have been “less than successful,” according to a new report from KPMG International. 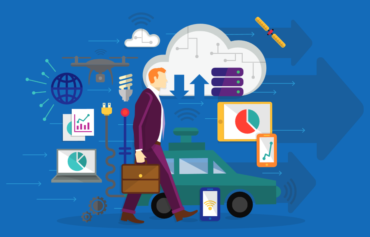 The KPMG report, through Forbes Insights, was released on Monday. KPMG surveyed more than 70 insurance executives from around the world to find out about their recent transformation initiatives, their existing capabilities and their perceptions of the biggest risks and barriers they face, the audit, tax and advisory services firm said in a statement. Nearly half of respondents originated from Europe (48%), followed by the Americas at 33% and Asia Pacific at 19%.

According to the report, titled Empowered for the future: Insurance reinvented, most insurers clearly understand the urgent need for transformation, but are struggling to reinvent their organizations for the future. “Many insurers are more focused on implications of regulatory policy and may not be placing enough attention on changes in customer preferences and needs,” the statement said, adding that less than one-quarter of respondents expect their operating model to be disrupted by changes in customer behavior.

“Insurers have been trying to ‘transform’ their organizations for decades – yet very little has actually changed,” notes Mary Trussell, KPMG global lead partner for insurance innovation & change and lead report author. “If insurers are to truly ‘reinvent’ their business and position themselves for success in a world of disruptive innovation – they will need to make more fundamental changes to their business and operating models than ever before.”

While more than half (53%) of insurers said that they were capable of achieving “short-term transformation wins,” there was a big difference in achieving a sustainable transformational outcome, the report found. “When it comes to enterprise-wide strategic change – the type that truly leads to companies being reinvented – it takes a much broader view and a much more strategic approach than most insurers have needed for past initiatives,” said Gary Reader, global head of insurance with KPMG International, in the statement.

The report also found that insurance executives increasingly view technology as a catalyst for change. Forty-seven per cent said that new mobile platforms and apps were forcing change in their business and creating new opportunities for transformation; 45% said the same about social networking and collaboration and 41% indicated the same about data and analytics. “In some cases, technology can act as a catalyst as the introduction of telematics did for usage-based insurance, but you can’t let technology drive the bus, but you also don’t want it to overtake you,” noted Trussell in the statement.

Around a third of respondents to the survey noted that they were watching organizations outside of the insurance sector, and those with disruptive technologies in order to find inspiration to help them reinvent their organizations. The report found that insurers are increasingly taking ideas, approaches and even talent from other sectors to help improve their effectiveness. “What’s important,” noted Reader, “is to find ways to compete with other leading organizations vying for consumers’ attention, not just other insurers.”

Trussell suggested that customers should be the inspiration for insurers’ efforts to reinvent themselves. “In a highly regulated sector, treating changes in regulation as a springboard to enhance the business for customers rather than something to be endured distinguishes players at the top of their game. The data suggests that many insurers may not yet have their eyes on the ultimate prize,” she said.