Getting younger people to choose the broker channel as a career remains a challenge, the incoming president of the Insurance Brokers Association of Ontario (IBAO) told Canadian Underwriter in a recent interview. 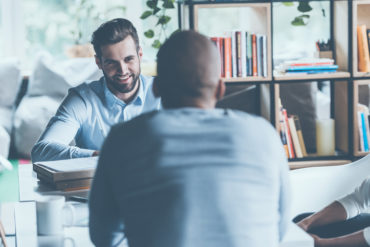 “In the high schools is where it really should start – where people are looking for a career and find out that, yeah, becoming a broker and hopefully owning your own brokerage someday is a great career,” said Brian Purcell, IBAO president-elect and broker/owner at James Purcell Insurance Broker Ltd. in Spencerville, Ont. “I think that is the biggest challenge: getting people to understand that. A lot of people sort of fall into it.”

Purcell’s family business dates back more than four decades, when his father James bought the brokerage in 1973. James started out as a funeral director, Purcell said, but “the guy he bought the funeral home from had an insurance brokerage, so Dad made a deal that when he was ready to get out of that, he would buy it.”

When the younger Purcell, who has four children, graduated from university with a business degree, he worked for London Life, so he “had the advantage of working for a large company and going to the smaller side. On the small side, we can be closer to our clients. We know a lot of our clients,” he suggested. “The person who goes into the office in the morning, goes home and does nothing else I don’t think benefits the same as somebody involved who gets to know the community and people recognize who they are in the community.”

Purcell acknowledged that he initially applied to big firms when he graduated. “I didn’t go to small places to apply, I was going to Royal Bank and Air Canada and places like that, so I think that’s part of it too,” he said. “They may be looking for something big, but… the small side is pretty exciting as well.”

That doesn’t mean, though, that the broker channel is without its challenges. One challenge is training, Purcell said, noting that while Canadian Accredited Insurance Broker (CAIB) courses are “very valuable,” IBAO is also looking at “more of a commercial course. You’ve got your broker licence through RIBO [Registered Insurance Brokers of Ontario], but we’re trying to have something offered there that can bring people up to speed on commercial business a lot quicker. CAIB 2 and 3 sort of do that, but it’s mostly on the liability side.”

Another challenge facing the broker channel is electronic proof of insurance “pink slips.” In its 2017 budget earlier this year, the Ontario government mandated discounts for clients who use these pink slips. Ontario auto reform is also on the radar, with Purcell reporting that his brokerage is “very active” on the topic and follows up with certain clients to make sure they understand the importance of reviewing their coverage. Cyber coverage is yet another challenge, “because it’s so specialized,” Purcell said, comparing it to sewer backup and water coverage that was never intended to cover flood.

But “clients that pay attention and read their policy will ask about water,” Purcell told Canadian Underwriter. “A client was watching the news about Houston, Texas; she was worried about flooding,” he said, adding that Gatineau and Ottawa, the latter of which is about a 45-minute drive from Spencerville, was also affected recently by high water on the St. Lawrence River. “That is becoming something people are worried about and it’s good because there’s coverage they may not have. If something is happening, then you’ll get people calling.”

Brain Purcell will deliver an incoming address at the IBAO Convention, held on Oct. 25 and 26 in Ottawa. The convention will also feature BIP Talks, awards of excellence and a discussion of Ontario auto, among other topics. Canadian Underwriter is the convention’s media sponsor.