How long before your new CEO should be planning an exit strategy?

Your new CEO is just six months into the job. It’s time to start thinking about their exit strategy.

Yes, that’s right. Good CEOs start planning for their succession as soon as their onboarding is complete. They should not wait more than half a year to do this, according to a recent blog posted on Harvard Business Review last week. This can potentially save companies millions in business costs. 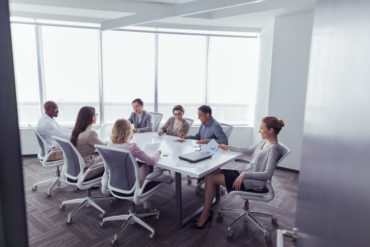 Smart CEOs look on their tenure as a project, wrote Stanislav Shekshnia, a professor at business school INSEAD and a senior partner at Ward Howell, a global human capital consultancy firm. Starting early is crucial. One CEO referenced in the article said they gave themselves “five to seven years and agreed with the board that, no matter what, I would step down after seven years.”

As soon as the onboarding was complete, the CEO spent 10% of their time identifying and – for internal candidates – grooming potential successors. This included starting with a relatively large slate of potential candidates, which got narrowed down as the CEO’s departure date approached.

“They take the time to get to know candidates by spending time with them, visiting their operations, speaking to their subordinates and, if possible, talking to their spouses,” wrote Shekshnia, who has spent 25 years advising boards and CEOs on leadership succession. “They will mentor and evaluate them by giving them both developmental and testing assignments. If possible, they give the most likely candidates a dry run at the job by appointing them as heads of self-contained business entities.”

Another CEO, who served two three-year terms, started working on succession immediately upon starting her second term. Two years before her designated departure, she created two managing director positions for two candidates. After 18 months, she reviewed their performance with the board and chose one of them, with the decision announced three months before her departure. Together with her successor, she convinced the second managing director to stay by giving them more responsibility and increased compensation.

Successful succession planning is crucial from a business perspective: when CEOs botch their exits, their successors and companies suffer. According to one estimate, a failed succession can reduce revenues by as much as 3% for a typical $1-billion revenue company, with hits to market cap running in the billions. This confirms early research, which puts a direct cost of failed CEO exit at the range between $12 million and $50 million, depending on the size of the corporation, and total losses to the U.S. economy of $14 billion a year.