Why likeability is not the most important selling point

Are you worried that you won’t be able to get the sale if your client doesn’t like you?

No need to worry! A recent analysis of 450,000 salespeople found that among elite salespeople – those in the 95-100 percentile – 89% said they do not need to be liked. But among the weakest salespeople (those in the 1-25th percentile), nearly as many – 86% – indicated they do need to be liked. And the weaker their sales records, the more likely people were to believe that their ability to make friends is their greatest asset, according to a new blog from Harvard Business Review. 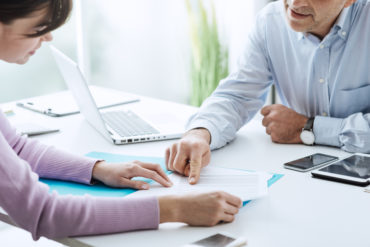 “Being likeable is not a necessity to succeed in sales,” wrote Jim Keenan, CEO of Denver-based sales consulting and recruiting firm A Sales Guy Inc., in the blog Salespeople, Stop Worrying About Being Liked. “And those who focus on it as a priority are destined to fail.”

Keenan says as he travels around the United States and the world training sales teams and executives, he constantly runs into that myth the likeability is a crucial sales trait. “People ask things like, ‘But if I do that, won’t the customer dislike me?’” Keenan wrote in the blog, posted online Friday.

While it’s a natural human inclination to want to be liked, Keenan says he teaches sales teams to “be an expert, not a friend.”

There are three crucial steps to demonstrating your expertise as a sales professional. The first is to dig for root causes. To make a sale, you need to determine the problem you can help a prospect solve. Salespeople who focus on being liked often fail to figure out that real source of a client’s problems. That’s because prospects haven’t figured out the causes themselves, Keenan said.

When prospects say what they believe is causing their problems, successful salespeople push back. One study found that sales professionals who are assertive and willing to present controversial views outperform “relationship builders” by a huge margin. “Challengers” were 40% of top performers in sales, while relationship builders accounted for only 7%.

A second step in demonstrating your expertise is to not stop at the first “yes.” Sometimes, you get a terrific response from a prospect. While it can be tempting to think you’ve achieved all the expertise you’ll need, your credibility as an expert can be overturned on a dime, Keenan wrote. He described a personal example in which a top official at a change management company was excited about an offer. She brought in a peer, who had a “different set of problems, which I wasn’t prepared to address,” he said. “I had made the crucial mistake of assuming her problems were the same. That sale fell through.”

To avoid this pitfall, always be engaged in learning more and more about the functional area you’re selling to within a business, whether it’s sales, marketing, human resources or IT. Talk with people knowledgeable about the field to discover the broadest set of potential problems that specific group is dealing with.

The third step is to learn the process, not just the problem. For example, early in his career, Keenan created an online platform for ski resorts to help them advertise and book sessions with instructors. Heads of resorts were enthusiastic, but Keenan wasn’t prepared for the “intense pushback” from their IT departments, which were concerned about how to make the platform work with their unique systems. “So quickly, I began suggesting that we bring IT into the discussions early on.” Another problem was that even after IT approved, HR needed to sign off. Keenan wasn’t prepared and that business failed.

“In all these cases, the clients told me they liked me,” Keenan said. “That had no effect on whether they hired me. It was simply a matter of whether my expertise won them over. That’s why, in the end, salespeople should refocus their energy. Give up the need for personal approval. Instead, commit to knowing your clients’ problems better than they do.”