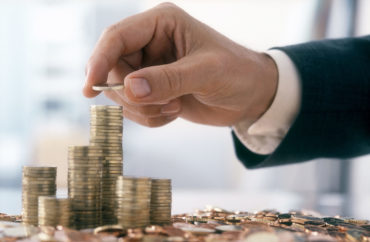 If proposed rules from OSFI go through,the P&C industry would have to post $21-$30 billion in capital to insure Canadian risks.

Canada’s property and casualty industry would have to post an additional $21 billion to $30 billion in capital to insure Canadian risks if the country’s solvency regulator moves forward with proposed new rules as currently drafted, the industry warns.

On average, that would require Canadian carriers to “more than triple their capital base,” Insurance Bureau of Canada president and CEO Don Forgeron told delegates attending the 2019 National Insurance Conference of Canada (NICC) in Montreal Monday.

“This additional capital requirement is out of reach for most, if not all, of the impacted companies,” said Forgeron. “This risks isolating Canadian companies, setting us apart from our global competitors. It will make this country a less appealing marketplace and force Canadians to pay more in an industry with fewer players. … To put it mildly, we are frustrated with OSFI’s reinsurance proposal.”

Putting the number into further perspective, the Canadian P&C industry currently has a total of $50 billion in capital to underwrite all insurance risks in Canada, according to Jonathon Turner, senior vice president and chief financial officer of Swiss Re Canada. He spoke at a separate NICC panel discussion on the proposed rules contained in OSFI’s reinsurance discussion paper.

The industry is sounding the alarm about the Office of the Superintendent of Financial Institutions (OSFI)’s Draft Guideline B-3, which is currently in the public review stage. The complex guideline deals with a wide array of reinsurance issues.

The chief concern addressed by OSFI is stated as follows: “OSFI has observed some FRIs [federally regulated institutions] having larger and more concentrated exposures to reinsurers, particular in the P&C sector,” the guideline’s preamble reads. “Such exposures can increase risks to an FRI and its policyholders in the event that a large loss occurs if its reinsurer becomes distressed and fails to pay a claim in a timely manner.”

OSFI is proposing several rule amendments to ensure that Canadian P&C insurers are not concentrating their risks into one reinsurer or a small group of reinsurers. But if the proposed draft guideline were to be introduced as currently drafted, there would be immediate consequences for between two dozen and three dozen Canadian insurers, Turner said.

“Reinsurers could sidestep the rules so easily by writing business in Canada on an unlicensed basis,” Turner said. “Now I believe that would reduce the capacity available for the Canadian industry. It’s probable that would make capacity scarcer; it would drive prices up for the Canadian industry and those prices would be borne not just by the commercial insurers in Canada but across the entire industry.”

By how much could that drive up commercial insurance rates in Canada?

“That would put commercial insurance prices up by up to 30%,” Turner said in a response to a question from panel moderator Jonathan Stephenson, managing director of Guy Carpenter.

As it stands, OSFI’s draft rules would affect mainly commercial insurers and title insurers, Turner said. But if OSFI were to enforce the same kinds of rules on global reinsurers operating in Canada, the impact on Canada’s entire commercial insurance market would that much more severe.

“If the [OSFI] measures get extended to reinsurance on a similar magnitude, you can imagine there would be a similar magnitude [of impact] there as well,” Turner said. “That’s assuming that the impacted companies stay in Canada. If they don’t, then capacity becomes even more scarce. And it’s not the [kind of] capacity that the personal lines writers could step into the breach and put up.”

Toronto Pearson International Airport is a $1.5-billion risk, Turner said, by way of example. The refurbishment of the Central Block of Canada’s House of Commons had an insured limit of $1.5 billion. And any hospital in a major Canadian city would have a policy limit in the “high-hundred-millions to low billions,” said Turner.

The industry was concerned enough to take the discussion of the proposals up to the Ministry of Finance – essentially, the regulator’s boss – Stephenson observed.

While OSFI’s recommendations are currently up for discussion, not much discussion can be achieved between now and the next federal election, scheduled for Oct. 21. Those attending the NICC panel on OSFI’s draft regulations were told that OSFI’s policy is not to comment publicly on its work in the midst of any federal election. A refined version of OSFI’s draft proposal is expected in November.