Your only hope to prevent a higher reinsurance bill this year

Insurance rates will rise in Canada this year unless catastrophe losses are lower than normal, a speaker suggested to industry professionals Tuesday. 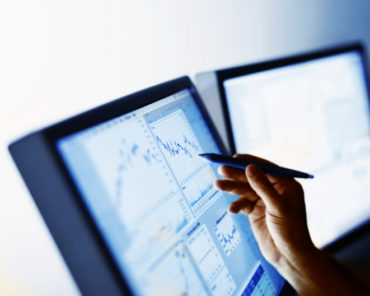 “I do expect that as this year unfolds, unless we have a very benign 2018, we do expect there will be some rate change and increase at the primary level [in Canada] going forward,” Philip Cook, CEO of Omega Insurance Holdings Inc., said during his annual Industry Trends breakfast speech at the National Club on Bay Street in Toronto.

Worldwide, reinsurance rates will probably rise during the next round of renewals, Cook told an audience of about 50 at the breakfast, hosted by the Insurance Institute of Canada.

Last year was one of the very few years in which Canadian insurers paid out more than $1 billion in catastrophe claims without there being a single large loss, Cook said. He alluded to previous years when one or two major events comprised the lion’s share of industry-wide cat losses — for example, the Fort McMurray wildfire in 2016, Calgary and Toronto floods in 2013 and the ice storm of 1998.

“The Canadian insurance industry absorbed them with no significant impact at all,” Cook said. “Despite the significant number of cat losses, the primary industry still made a profit in 2017, which speaks to our resilience and our very strong financial strength.”

Final industry-wide financial figures for 2017 are still not in, but Cook predicted the combined ratio for the Canadian private insurance industry should be 96% to 96.5%. This is based on actual figures for the first nine months of 2017, combined with an extrapolation of the fourth quarter of 2017, Cook said.

The projected 2017 combined ratio would be a “significant improvement” from a combined ratio of about 104% for the Canadian P&C industry in 2016, Cook added. These figures are for private insurers, excluding the provincial government-run auto insurance programs in British Columbia, Saskatchewan and Manitoba, Cook told Canadian Underwriter after his speech.

Worldwide, 2017 was a “bad year internationally for the reinsurance industry,” Cook said during his speech. He referred to wildfires in California as well as Hurricanes Harvey, Irma and Maria.

Those three storms were among the Top 8 most expensive natural catastrophes of the past 40 years, adjusted for inflation, Cook said Tuesday.

“There will probably be some hardening of [reinsurance] rates,” Cook said. Though the Jan. 1 renewal season was too soon after Harvey, Irma and Maria to have much impact, Cook said he suspects “there may be a slight movement upwards in the next round of renewals.”