CORRECTION: An earlier version of this story incorrectly stated that A.M. Best had changed its outlook for the global reinsurance sector from ‘Stable’ to ‘Negative.’ In fact, the outlook changed to ‘Stable’ from ‘Negative.’ Canadian Underwriter apologizes for the error.

A.M. Best has changed its outlook for the global reinsurance segment to stable from negative, based in part on the role of alternative third-party capital in stabilizing pricing at “levels still below long-term adequacy.” 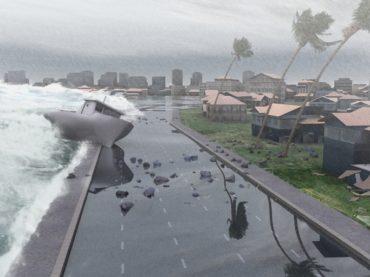 “That the glory days of a robust non-life pricing environment may not return is clear,” the ratings agency states in its Best’s Market Segment Report, released Wednesday. “Rates have stabilized, as the industry was reminded again in 2017 that almost $150 billion dollars of capital can disappear over a very short period of time.

“What’s also clear is that property catastrophe pricing is still being driven by the availability of alternative third-party capital and is not as heavily influenced by the traditional reinsurance companies.”

A.M. Best reported a decline in global reinsurers’ capital consumption and earnings volatility caused by tail events, due in part to the increased use of third-party capital in retrocessional programs, and the growing alignment between traditional and third-party capital.

Alternative third-party capital appears to be a double-edged sword when it comes to reinsurance pricing. Although it “remains disruptive due to pricing,” the ratings agency found, “it also represents a benefit in the form of stabilized earnings of rated balance sheets due to tail risk being assumed by this capital.”

“In the face of a persistently competitive market environment, non-life reinsurance pricing appears to have settled at the bottom of the cycle for the near future,” the ratings agency reports. “Significant factors supporting the revision of our outlook [include] the belief that alternative third-party capital will hold the line on future return expectations following the catastrophe losses incurred in 2017 and 2018.”

Other factors leading the ratings agency to downgrade its outlook for global reinsurance from stable to negative include: