Munich Re reported on Tuesday a consolidated result of 2.6 billion euros for 2016, including a 0.5 billion euro profit in the fourth quarter of 2016 ending Dec. 31 compared to 0.7 billion euros in the previous year quarter. 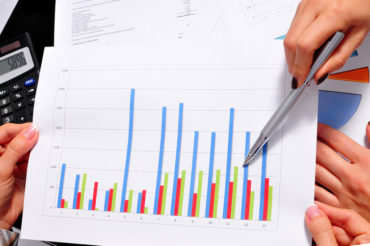 Munich Re (Group) achieved a “satisfactory” operating result of 4 billion euros in 2016 (4.8 billion euros in 2015), of which 0.8 billion were related to the fourth quarter (Q4 2015: 1.4 billion euros), Munich Re said in a press release. “The lower technical result and the costs of the ERGO Strategy Programme were partly offset by gratifying investment and currency translation results,” the release said.

In the 2016 financial year, the Group’s gross premiums written (GPW) declined to 48.9 billion euros from 50.4 billion euros in 2015, mainly because of reduced shares in large-volume treaties and the sale of ERGO Italia.

“Munich Re was able to release loss reserves in the amount of €1.1 billion for the full year, and €0.4 billion for the fourth quarter,” the company reported in the release. Adjusted for commission effects, this corresponds to 5.5 percentage points of the combined ratio for the full year and 5.7 percentage points for the fourth quarter. Overall, Munich Re was able to raise the level of loss reserves again slightly in 2016.

As was anticipated in the ERGO Strategy Programme, the ERGO field of business posted a marginal loss of 0.04 billion in 2016 (previous year: loss of 0.2 billion euros). But in the fourth quarter, ERGO generated a profit of 0.07 billion euros, which largely benefited from a high investment result.

In the renewals of reinsurance treaties at Jan. 1, 2017, prices fell only slightly in various markets, while demand for reinsurance cover and global capacity remained largely unchanged, the release said. At Jan. 1 of this year, about half of Munich Re’s non-life reinsurance business was up for renewal, representing premium volume of almost 9 billion euros. Of this, 14% (around 1.3 billion euros) was not renewed. By contrast, Munich Re wrote new business with a volume of approximately 1.1 billion euros. The volume of business written at Jan. 1 declined by 4.9% to around 8.5 billion euros. Prices fell by about 0.5%, compared with price erosion of 1% in the previous year.

“Munich Re is proceeding on the assumption that the market environment will not change significantly in the subsequent renewal rounds in 2017, unless extraordinary loss events occur,” the release said, noting that the renewal date of April 1 is mainly for reinsurance treaties in Japan, whereas July 1 is the renewal date for the United States, Australia and Latin America.

“Market conditions for the renewals were once again challenging, even though the trend towards price reductions had continued to slow,” said Torsten Jeworrek, member of the board of management of Munich Re, in the release. “So skillful cycle management is still extremely important, and Munich Re was once again able to react with flexibility in relation to changes. We withdrew from business that no longer met profit expectations – for instance, in China – and built up or expanded profitable business, either through new acquisitions or by strengthening existing client relationships.”

Overall, chief financial officer Jörg Schneider said, “we are satisfied with the result for 2016. Thanks to our strong market position, client proximity and successful investment management, we were largely able to counter the effects of low interest rates and intense competition in the reinsurance markets.”