Given the persisting novel coronavirus infections and the economic fallout from the pandemic, it seems unlikely any reinsurers would want to set up new physical locations this year, but that’s exactly what may happen, speakers said recently during an A.M. Best webinar.

“You might see a class of 2020 in terms of specialty and E&S [excess and surplus lines],” said Scott Mangan, associate director of global reinsurance at Oldwick, N.J.-based ratings firm A.M. Best. “Specialty really seems to have a lot of the momentum going forward, at least at this time.”

Mangan was responding to a question from A.M. Best TV moderator Meg Green about whether there will be a “class of 2020” this year, or actual brick-and-mortar reinsurers being set up.

How about improved market expectations this year? 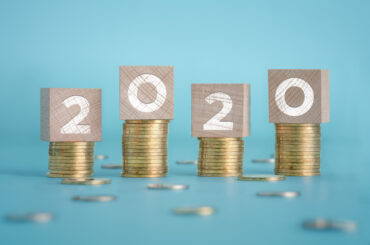 “We definitely see capital flowing into the reinsurance space,” said Silke Sehm, member of the executive board, property & casualty, with Hannover Re, noting that a number of Lloyds syndicates and others have increased capital. “Some have issued hybrid brands, so new money had been coming in to start new reinsurance companies. We see money coming in and we are optimistic for 2020.”

But while there won’t necessarily be a decline in third-party capital, “the expansion we have seen in previous years has slowed down a bit,” Carlos Wong-Fupuy, A.M. Best’s senior director of global reinsurance ratings, said during the State of the Global Reinsurance Market webinar. “What we see is investors becoming much more selective on what kind of risks they get involved with.”

Although he did not elaborate, Wong-Fupuy said “there are areas in which ultimately [reinsurers] are trying to avoid the highest risks. They’re trying to focus on lower estimate losses.”

New capital is mainly coming from traditional capital providers; for insurance-linked securities (ILS), capital is mainly coming in as a result of renewals from existing participants. “There are clear signs that investors [of pension funds, for example] are reassessing their positions and the flight to quality is becoming evident,” Wong-Fupuy said.

Green asked if the current rate increases are sustainable.

Sehm thinks so. “Tremendous uncertainty around COVID-19 means a lot of fuel for further rate increases,” she said. “Sustainable rate increases are a logical consequence.”

The so-called “flight to quality” is also being seen much more than previous years, Sehm added. Individual, tailor-made reinsurance solutions are being requested more often, and “a highly-rated reinsurer has a value again.”

And the market hardening is not as widespread as it was in 2001 and, to some extent 2005, Mangan added. The reinsurance industry is very well-capitalized; “to some extent there’s excess capacity in the market,” he said, pointing out that in 2001, there wasn’t US$85 billion of ILS or third-party capital.

However, there is still uncertainty about COVID-19 losses, the investment environment going forward, and the global macroeconomic situation in general, Mangan pointed out. “I think there’s been a realization that there hasn’t been a reasonable return for some of the risks that were being taken, and I think this should put a floor in terms of the pricing.”