What concerns the Ontario regulator about OSFI’s proposed reinsurance guidelines

The CEO of Ontario’s new regulator expressed concern Tuesday about the extent to which the P&C insurance industry says it will be required to provide more capital to comply with the proposed new reinsurance guidelines of Canada’s solvency regulator.

The Office of the Superintendent of Financial Institutions (OSFI) drafted its new reinsurance guidelines in a discussion paper that has been open for industry and public comment since last June. At the National Insurance Conference of Canada (NICC) last week, Insurance Bureau of Canada president and CEO Don Forgeron said the measures proposed by OSFI would require insurers to collectively set aside an additional $21 billion to $30 billion in capital. Draft rules based on ongoing discussions between OSFI and the industry are expected in November. 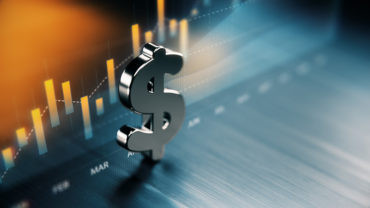 Mark White, CEO of the Financial Services Regulatory Authority of Ontario (FSRA), was asked for his thoughts about OSFI’s draft regulations when he spoke at the Insurance Institute of Ontario’s At the Forefront event Tuesday. White said that if IBC’s numbers are indeed accurate, he would be “concerned” about how much more capital will be required in the industry. “Now that’s a very serious concern,” he said. “It all depends on how you believe this will shake out.”

For his part, White was optimistic that things will ultimately work out for the best.

“This has been going on for a little while and I think it is getting more practical all the time,” White said of ongoing discussions between the industry and OSFI. “Some people might say [the discussion] hasn’t gone far enough, but the fact that they [OSFI] haven’t closed off discussion, I think there is still room for this to iterate to a good place. But I am concerned about capacity in the system.”

Forgeron told the NICC that the extra capital required to comply with OSFI’s proposed new reinsurance guidelines would push Canadian carriers to more than triple their capital base on average. And that would simply be out of reach for many carriers, he said.

Under OSFI’s proposed Guideline B-2, the maximum policy limit that a P&C federally regulated insurer could issue would depend upon its level of capital and excess collateral, as well as the diversity of its reinsurance counterparties. Under Guideline B-3, OSFI is proposing several changes to ensure P&C insurers are not concentrating risks into one reinsurer or a small group of reinsurers.

Responding to an audience question about how he sees the rules playing out relative to Ontario regulated insurance, White responded that, as a provincial regulator of some insurers, “I don’t think I would be anxious to try and adopt them. It’s unlikely we are going to go down exactly the same road as OSFI, but we are still provincially regulating.”

Monica Ningen, president and CEO of Swiss Re Canada and English Caribbean, told Canadian Underwriter last month that the industry continues to engage constructively with OSFI, although the federal election Oct. 21 “means that we are in a period where OSFI are unable to share any updated thoughts on these proposals.”

Although Ningen says the reinsurance framework proposals are in a “relatively early stage,” the industry is expecting a draft to the B-2 guideline in November and a final B-2 and B-3 guideline in 2020.

“Now what we’re trying to do as an industry is to really collaborate with OSFI to understand their concern because that’s a large amount of capital,” Ningen said, referring to the $21-30 billion of needed capital and/or collateral. “And to recognize their concerns, understand them and then really discuss with them how that plays out in a global diversification model of which large commercial and reinsurance sectors of the industry depend.

“It’s really what I would call a work in progress, although OSFI is silent right now because of the federal election.”

The industry’s position is that if the proposed rules were to go ahead, “it would be pretty disruptive to the Canadian economy and to Canadian policyholders,” Ningen said. “…Because the amount of capital would cause a reduction in the capacity, potentially increase rates for Canadian commercial insurance policyholders and with that, there is even a risk of reducing the local customer service that they get from a risk mitigation standpoint and a risk engineering standpoint and a claims standpoint.”