What reinsurance renewals on Jan. 1 told us about the market

Reinsurance renewals at Jan. 1, 2020 reflected an “asymmetrical” market, featuring a mixed bag of rate increases or decreases (depending on the specific business line or territory), as well as significant rate increases in the retrocession markets, according to Guy Carpenter & Company. 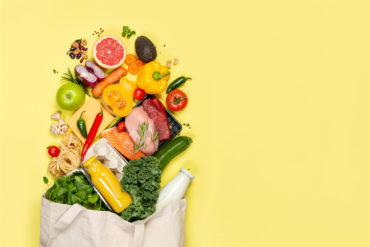 The global risk and reinsurance specialist released its assessment of reinsurance market trends Thursday. It concluded that reinsurance supply is largely sufficient to meet increasing demand in all but the most constrained areas. But whether reinsurance rates went up or down varied considerably.

For example, pricing corrections in property catastrophe lines showed a lot of variation based on geography and business line, Guy Carpenter reported in January 1, 2020 Reinsurance Renewal: An Asymmetrical Market, released Thursday. On the casualty side, reinsurers — particularly in the United States — were seeing cost pressure leading to reinsurance rate increases in general liability, directors’ and officers’ (D&O), and medical professional lines.

Retrocessional rates were generally higher upon Jan. 1 renewal, Guy Carpenter observed, although the report does not say by how much. Retrocession is a transaction in which a reinsurer transfers risks it has reinsured to another reinsurer. In theory at least, higher reinsurance rates paid by reinsurers may be offset by charging higher rates to primary insurers that are seeking to have their risks reinsured.

“In the retrocession market, the environment was challenged at Jan. 1, 2020, characterized by trapped capital, a lack of new capital, and continued redemptions from third-party capital providers,” Guy Carpenter reported. “Shifting market dynamics prompted reinsurers to weigh the alternatives of accepting enhanced volatility potential or considering alternative vehicles such as catastrophe bonds.”

Essentially, “trapped capital” is when reinsurers continue to pay for previous catastrophes that had a longer tail than originally expected. For example, “the quantum of 2019 catastrophe losses, coinciding with continued loss deterioration for certain 2017 and 2018 events (Hurricanes Irma and Michael and Typhoon Jebi especially), eroded or trapped capital for a third year in a row,” Guy Carpenter reported.

In addition, capital investors became somewhat skittish about the frequency of catastrophe losses over the past few years. “Frequency covers once again bore the brunt of losses last year, prompting some investors to review their allocations to the sector,” Guy Carpenter said.

All of the above factors “culminated in significant retrocession rate increases across several types of coverage at Jan. 1, 2020, albeit with marked distinctions depending on products, structures, relationships, risk tolerances, loss experiences and performance,” Guy Carpenter reported.