The global economy now has less capacity to absorb a shock than it did in 2007 (pre-global recession), but Canada is faring well – it is the second-most economic resilient country in world, according to the Swiss Re Institute.

In 2018, Switzerland was the most resilient, followed by Canada and then the United States, according to the new Macroeconomics Resilience Indices jointly developed by Swiss Re Institute and the London School of Economics. 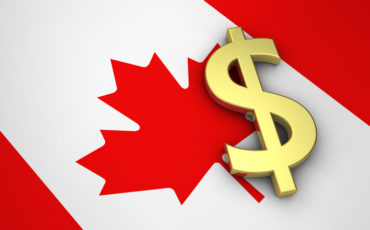 For the U.S. and Canada, the composite insurance resilience index for the region improved by two percentage points to 65% in relative terms. This means that almost two-thirds of all estimated protection needs arising from three main risks – natural catastrophes, mortality and healthcare spending – are currently covered by available resources, including insurance, said the latest Swiss Re sigma report, Indexing resilience: a primer for insurance markets and economies.

Underlying the modest uptick in resilience was strong improvement in nat cat protection, which increased 11 percentage points to 40% – the third-highest level behind Oceania and advanced economies in Europe.

“It is a trillion-dollar opportunity for the insurance industry, said Jerome Jean Haegeli, Group chief economist at Swiss Re, in a press release. “The insurance industry has largely kept pace with growing loss potentials and can do more to improve resilience. Emerging markets, in particular, benefit more strongly from insurance protection than mature economies, which often have greater access to alternative sources of funding.”

The new macroeconomic resilience indices use data from 2007 to 2018 for 31 countries, representing about 75% of the world gross domestic product (GDP). The analysis shows 80% of the sample countries had lower resilience scores in 2018 than 2007. The main drivers of this trend have been exhaustion of monetary policy options in many developed economies and a challenging operating environment for the banking sector, even as financial institutions are stronger since the crisis.

According to the analysis, Switzerland and Canada have consistently been among the top three most resilient countries over the past decade. By region, North America was the most resilient in both 2007 and 2018, despite seeing a slight decline over the period.