The British Supreme Court’s interpretation of the word “occurrence,” in its recent COVID-19 business interruption ruling, should not be applied to reinsurance excess of loss treaties, Guy Carpenter experts argue in a recent paper.

In a decision released on Jan. 15, the Supreme Court of the United Kingdom ruled largely in favour of the British Financial Conduct Authority, which was advocating that certain policy wordings should provide coverage for losses arising from the ongoing pandemic.

The FCA took eight insurers to court in Britain in an effort to clarify whether 21 specific wordings provide coverage for BI related to government orders or advice to shut down a workplace. The outcome is legally binding in Britain on the insurers that are parties to the test case, in respect of the policy wordings considered by the court.

None of those wordings required a property loss and some covered BI arising from an “occurrence” of a notifiable disease within a certain distance — one mile or 25 miles depending on the specific policy.

The general outcome of the test case is the disease radius wordings do generally cover COVID-19. 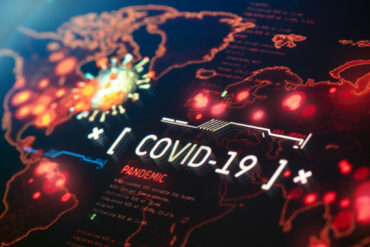 The Supreme Court noted that a disease that spreads over time is not one “occurrence.” And this has raised questions about the meaning of the word “occurrence” in other insurance contexts, three Guy Carpenter executives wrote in Reinsurance Implications of the United Kingdom’s Business Interruption Test Case, released March 1, 2021.

“Some commentators have suggested that the definition of ‘occurrence’ in the test case could also apply in the reinsurance context — specifically in the context of “Loss Occurrence” clauses (also called “aggregation provisions”) in catastrophic excess of loss treaties,” wrote David Prieb, Lara Mowery and Michael Sevi, chairman, global head of distribution and general counsel, and chief compliance officer, respectively, at Guy Carpenter.

To be clear, the U.K. Supreme Court did not suggest its definition of occurrence was intended to apply to cat excess-of-loss reinsurance, or anything else other than the primary policies, with the disease radius wordings, at issue in the FCA business interruption test case.

An excess of loss reinsurance treaty has no clauses analogous to the events covered by some of the BI policies in the test case — such as the discovery of vermin, drainage problems or homicide at a single location, Guy Carpenter noted. Instead, excess of loss reinsurance for Cat events tends to cover wildfires, hurricanes and other such disasters that occur over a long time and in multiple locations.

To apply the Supreme Court of the UK’s reasoning in the COVID-19 test case to reinsurance would risk defeating the intent and purpose of excess of loss contracts, defy industry expectations and distort the language used in aggregation provisions, Guy Carpenter argued in the paper.