The world’s second-largest reinsurer is looking for partners in the artificial intelligence space to help the reinsurer get a better idea of how much insured damage future wildfires could cause.

Swiss Re is working with the Massachusetts Institute of technology to analyze several years of satellite images, the reinsurer said in a recently-released paper, Wildfire in Canada: Fostering Resilience Through Advances in Modelling.

“We don’t have the brain power to do (machine learning) deeply in house,” Balz Grollimund, Swiss Re’s Toronto-based head of treaty underwriting for Canada and the English Caribbean said in an interview Thursday. “So we reach out to partners who can help us with that, and MIT had a group of students who developed a method to look into impacts of various aspects on the wildfire season.” 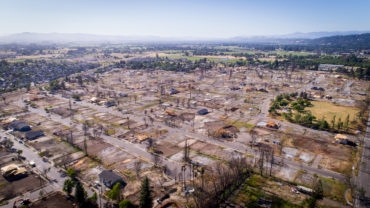 Machine learning – which is one type of artificial intelligence – is about getting computers to act without being explicitly programmed, reports SAS Institute Inc.

Predicting out how a wildfire will damage property is not easy. A catastrophe model needs to take into account the weather and climate at the source of ignition, availability of fire suppression equipment, surface temperature, human interaction and snow cover in the winter season, Swiss Re suggests.

Actuaries know that wildfire will cost insurers billions in the future, but the industry as a whole needs to get a better idea of how much wildfires will cost, Swiss Re suggested in the Canadian wildfire paper. “We are still figuring out how to best to underwrite and price for (wildfire) risk,” Grollimund told Canadian Underwriter.

“Solution providers are aiming to understand region-specific and even location-specific wildfire risk,” Swiss Re said in the paper, referring to catastrophe modelling providers. “However, their models do not yet have a forward-looking view of physical conditions that show causal effects on igniting wildfires in the near future, such as surface temperature, human interactions or snow covers in the winter season.”

The 2016 Fort McMurray, Alta. wildfire holds the record as Canada’s most expensive catastrophe, at nearly $4 billion, measured by industry-wide insured losses. “It could have turned out much worse,” Grollimund said Thursday.

As a result of the Fort McMurray disaster, Canadian wildfire risk is now “coming on the radar screen” of Swiss Re’s global senior management. “Before Fort McMurray, (wildfire was) one of those ‘all other perils,’” Grollimund said.

Asked whether Canada could have a $10-billion wildfire, Grollimund said it is difficult to put a number on that. “That’s the reason we need to have a better understanding of the wildfire risk.”