OTTAWA – A federal review says the government had trouble spending half of the $184 million earmarked to prevent flood damage in Canadian communities.

A newly released evaluation report says the National Disaster Mitigation Program’s effectiveness was hindered by scheduling challenges that led to delays, the lack of an agreement with Quebec and administrative hurdles for First Nations. 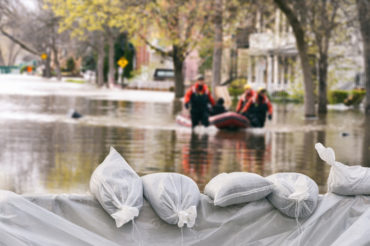 The report says the program, created in 2015, funded 363 projects in 117 communities – mainly flood mapping and structural improvements to lessen the effects of rising waters.

About $95 million went to these projects, but another $89 million in earmarked funding was not allocated.

The evaluation says there was a low uptake of the program in the first two years, as timing of the launch did not align with provincial budget cycles, meaning provinces could not provide matching funds.

In addition, provinces and territories had expected a program to address various hazards, and therefore may have had to modify projects to focus on flood mitigation.

This report by The Canadian Press was first published Jan. 30, 2020.