EDMONTON – The City of Edmonton says it’s investigating a window-washing company that was working on the capital’s tallest tower last week in windy conditions when a suspended platform smashed into the building and threw a worker over a railing.

The city has confirmed to CTV News that Aurum Window Cleaning is under investigation and points to business licensing bylaws as a reason the review.

Occupational Health and Safety Alberta says it is also looking into Friday’s accident in which a platform was whipped into the side of the 66-storey Stantec Tower, shattering a window and leaving the worker dangling by a safety strap. 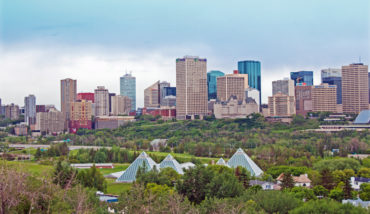 Emergency responders rescued the worker, who was not hurt.

Gil McGowan, president of the Alberta Federation of Labour, questions why window-washing was going on at a time when Environment Canada had issued a wind advisory with gusts up to 100 kilometres an hour.

Calls to Aurum’s Edmonton and Toronto offices have not been returned.

“This is an accident that should not have happened,” said McGowan.

“Whoever was supervising that project should have known about (the advisory) and should have gotten workers off the side of that building right away.”

It was not clear immediately after the accident which company was performing the work. PCL Construction, the prime contractor for the building, confirmed to CTV on Wednesday that Aurum was hired to wash windows by another subcontractor.

The media outlet said a search of the city’s business licence database did not turn up a licence for Aurum Property Care or Aurum Window Cleaning.

Under city regulations, any business found operating without a valid licence faces fines that are double the licensing fee, with an average fine of $470.

Sliver Delorey, who teaches a certification course on so-called swing stages used for window washing, said guidelines dictate that people working on a suspended platform must record the conditions they will be in prior to starting the job.

Delorey said it’s possible the wind may have picked up after the workers went up on the platform, or that it was worse higher up than on the ground.

“Downtown Edmonton is very, very unpredictable like that,” he said. (CTV Edmonton)