TORONTO – Katanga Mining Ltd. will pay $30 million to the Ontario Securities Commission for misleading statements, its failure to properly disclose risks around operating in the Democratic Republic of Congo and its reliance on a controversial billionaire businessman.

A panel at the Ontario regulator approved the settlement Tuesday that will see Katanga, majority owned by Swiss mining giant Glencore Plc, pay $28.5 million plus $1.5 million for costs and submit to an independent consultant review of its reporting procedures.

Current and former directors and officers of the company, which has copper and cobalt operations in the DRC, will also collectively pay millions of dollars more in penalties and be banned from service as officers of public companies for between two and six years for allowing the conduct and for acting in a manner contrary to the public interest. 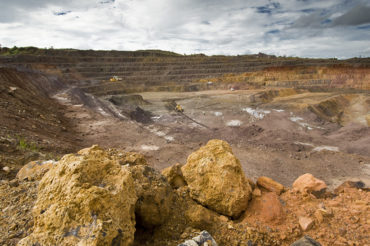 Johnny Blizzard, who has served as CEO of Katanga since 2015, has agreed to resign from the post as well as pay $450,000 and not serve as an officer for two years.

In the settlement, the company agreed it overstated copper stores and production and misstated its financial position and the results of its operations. It also failed to maintain adequate disclosure controls and failed to disclose material weaknesses in internal controls.

Katanga also agreed that it failed to describe the heightened public sector corruption risk in the Democratic Republic of the Congo and the risks associated with its reliance on associates of Israeli billionaire Dan Gertler, who had close connections with the country’s regime.

Gertler was sanctioned by the U.S. Treasury Department last year after it said he built a fortune on “opaque and corrupt mining and oil deals” in the country and used his close relation with DRC President Joseph Kabila to act as a middleman for mining assets in the country.

Katanga paid US$146 million in royalties and other payments to Gertler associates in recent years, the OSC said.

Human rights group Global Witness, which released the results of its own investigation into Katanga in late 2016, said the settlement confirmed its concerns about the company’s dealings.

“The details provided by Canadian authorities vindicate our concerns that Glencore’s Katanga Mining had failed to comply with rules by not disclosing that it was paying millions to Gertler, a known corruption risk,” Peter Jones, campaign leader at Global Witness, said in a statement

He said the penalties amount to a “slap on the wrist” since they are dwarfed by the royalties paid.

“If there is to be real change in the way that Glencore and its subsidiaries operate, top management must be held accountable for the way these companies handle risk,” said Jones.

Glencore said in a statement that it has acted to implement structural and control changes since the investigation came to light.

“Glencore is disappointed by the conduct that has led to today’s settlement. Glencore has taken appropriate remedial actions in response to this conduct.”