Representations and warranties (R&W) insurance is becoming a hot market, as commercial clients wonder whether mergers and acquisitions could expose them to unforeseen liabilities.

In Canada, the R&W market “has really expanded,” according to Brian Kelly, a Montreal-based managing partner for risk management at the commercial brokerage BFL Canada Risk and Insurance Services. He spoke to Canadian Underwriter about the topic recently. 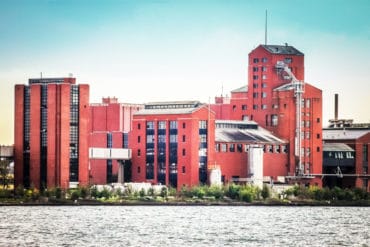 Prices have “continued to fall as a result of significantly increased competition in the insurer marketplace,” Marsh’s report says, adding that the average price fell by nearly 13% in 2017.

R&W insurance is intended for corporate clients involved in mergers and acquisitions. It protects the buyer if a statement made by the seller turns out to be false. In essence, the loss insured by R&W is comprised of liabilities that the buyer takes on, but did not originally think he or she was taking on as a result of the acquisition.

That risk is not lost on executives at Toronto-based Corby Spirit and Wine Ltd. The company reported this past Wednesday that it  “may be required to assume greater-than-expected liabilities due to liabilities that are undisclosed at the time of completion of an acquisition.”

Corby’s products include J.P. Wiser’s whiskey and Lamb’s Rum (among others), which are produced at a Windsor, Ont. distillery owned by Hiram Walker and Sons Ltd. (Corby’s majority shareholder).

“A failure to realize, in whole or in part, the anticipated benefits of an acquisition may have a negative impact on the results or financial position,” Corby wrote in its management discussion and analysis of its financial results for the year ending June 30, released Aug. 22.

Corby was not referring to any particular merger in its MD&A released Aug. 22. It is standard practice for publicly-traded companies in year-end statements to shareholders to discuss risks that could potentially affect the bottom line in the future.

For example, a company might file taxes incorrectly or have environmental contamination issues that the seller is not aware of when it agrees to be acquired, wrote Navine Aggarwal, then vice president of North American mergers and acquisitions for commercial insurer Allied World, in a contributed article to Canadian Underwriter in 2015. He was commenting on R&W in general and not any particular firm or M&A deal.

When underwriting R&W insurance or a corporate buyer during M&A negotiations, a carrier normally looks through financial statements, tax returns and employee data, such as employment contracts and pay classifications, Aggarwal wrote. Underwriters might also look at records on independent contractors, documents pertaining to environmental contamination and intellectual property such as patents, trademarks, licences and web domains, Aggarwal added.

More News
Related
Silent cyber a big issue, most companies with insurance book have exposure: AIR Worldwide’s Stransky
Why this insurer is ‘shrinking’ its D&O liability business
The aftermath of ‘firm action’ in Lloyd’s market
How this top-tier Canadian brokerage plans to double its revenue in 5 years