How brokers are responding to Mideast crisis

As tension continues to rise in the Middle East, brokers might want to start asking clients questions about travel plans – if they aren’t already.

Commercial insurance often contains language excluding war, political violence, insurrection, riots and terrorism. But some insurers will include such risks if brokers ask for it. 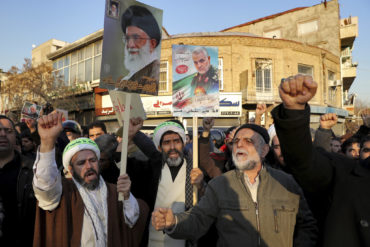 “Insurance cover can be purchased that includes war and terrorism risks or just on a stand-alone basis. These policies will cover a claim (if deemed payable) regardless of the existence of any other policy covering the same loss,” Mohabir said Tuesday.

On Jan. 3, the United States killed Iranian Major General Qasem Soleimani in a strike in Baghdad, Iraq. Soleimani led Iran’s Islamic Revolutionary Guard Corps-Quds Force, a designated terrorist organization. On Jan. 8, Iran fired missiles on two Iraqi bases housing American military members. The same day the Iranian military shot down a civilian airplane en route from Tehran to Kiev. The Canadian Press reported that all 167 passengers and nine crew members died. After initially denying the airplane was shot down, the Iranian government now says it was – by mistake – and is vowing to punish those responsible.

The recent events do not seem to have prompted queries from brokers to Trisura Guarantee Insurance Company about war and terrorism exclusions, suggested Shane Roney, Trisura’s regional vice-president of specialty insurance solutions (Ontario & Atlantic Canada), in an interview Monday.

But in general, Trisura is getting more inquiries about kidnap and ransom coverage, suggested Roney. This is not necessarily due to the events in Iran and Iraq during the last couple of weeks.

“I am not sure whether we can boil it down to the increase in some of these incidents globally or whether it is kind of media driven,” Roney said of the rise in interest in K&R. It’s not just brokers whose clients plan to travel to the Middle East that are asking about K&R. It’s also for clients travelling to certain places in South and Central America as well as several regions in Africa, said Roney.

“Brokers are asking about it and wanting to get a set of terms that they can put out in front of their clients if they are travelling to any particularly unstable regions.”

Brokers should review commercial clients’ employee benefits insurance with them and discuss the need to purchase the war risk and terrorism insurance cover, advises Mohabir.

“This is important for companies that have employees who travel quite frequently for business.”

Examples of clients with employees travelling to high-risk areas include mining, oil and gas and consulting companies.

“Typically, employee benefits insurers exclude travel to high-risk countries or limit cover depending on the place of travel. If there is travel to high risk countries, the broker is frequently requested to obtain that cover on a separate basis with an insurer who has the expertise and capabilities,” said Mohabir.

More News
Related
How all-encompassing is the war risk exclusion?