How this city made basement flooding risk predictions more precise

Brokers wanting to find out how likely their client’s basement will be flooded might want to ask whether the insurance companies are using data from the municipality in their flood maps.

“A lot of residents have indicated concerns with purchasing insurance coverage and having significant difficulty in finding coverage that meets their needs,” said Andrew Dowie, the City of Windsor, Ont.’s executive initiatives co-ordinator, in an interview. 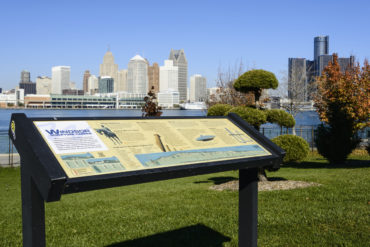 The City of Windsor was one of five Canadian municipalities that participated in a pluvial flood modelling pilot, whose partners included the Insurance Bureau of Canada and the Canadian Water Network. A summary of the study – Improving Flood Risk Evaluation through Cross-Sector Sharing of Richer Data – was released Oct. 1. The full study, completed this past June, was not made public.

The idea was to compare mapping models. One uses 30-metre resolution, which is what the insurance industry normally uses. The other models use maps with two-meter resolution and  takes into account the impact of things like storm sewers, dikes and dry ponds.

“We have a very strong geomatics group that continuously updates and populates mapping and adds the metadata within, so they know the elevations of meters and pump stations of all the sewers,” said Dowie. “So we offered that information as part of the study in order to collaborate and provide that additional level of detail for everyone participating in this project so that the circumstances in Windsor would be well known and understood.”

The question for City of Windsor officials, as put by Dowie, was: During times of intense rainfall, how are the neighbourhoods going to cope with that and how vulnerable are they to basement flooding?

This particular study did not look at overland flooding, but there is a heightened risk over overland flooding in the Windsor area this year because Lake St. Clair and the Detroit River are higher than normal at the moment, Dowie told Canadian Underwriter.

In the pluvial flood modelling study, using maps with two-metre resolution provided by the city showed an improvement (compared to the coarser-resolution maps that some insurers have been using) in the precision in predicting flood risk on a given property, Dowie suggested.

“In some cases there was green – which means there was no flooding risk – on our map, but then on the [insurance] industry’s map it shows a high flooding risk because it’s all brown,” said Dowie.

The industry normally uses digital terrain models with 30-metre resolution and IBC is aiming to improve that to five meters or better, the Canadian Water Network said in its report.

In addition to the City of Windsor, its neighbouring Town of Tecumseh also participated in the modelling study. The other participating municipalities were Edmonton, Regina and Halifax.

For the City of Windsor, one goal is to get better information that could help both residents and the industry make decisions based on actual risk, said Dowie.