Risk managers should stop “trading dollars” with an insurer and consider increasing their deductibles and assuming some of the risk, suggested Stéphane Cossette, senior director of risk management with Quebecor Media Inc.

“Get rid of the noise, get rid of all that trading dollars,” Cossette said in an interview last week. “It’s not about giving premium to get claims back from an insurer.” 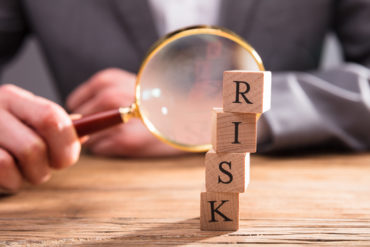 Cossette spoke with Canadian Underwriter about how the hardening market is affecting risk managers and some alternative forms of risk transfer. He said he believes insurance is the most efficient way of risk transfer. And within insurance, there are ways to be creative.

“There’s a lot of alternatives within traditional insurance that you could maximize the capacity, so it’s not about inventing a new risk transfer mechanism, it’s about maximizing the existing capacity out there in the market,” Cossette said.

“Say my insurer were to call me up and say, ‘Stéphane, we can’t do this. There’s just too much risk for our appetite, we’re carving away our capacity.’ There’s a lot of things I could do, for instance, play with the deductibles.”

A lot of people believe they can’t afford a large deductible, which is not true, Cossette said. For example, with your personal car, can you afford a $1,000 deductible? Most likely yes, unless you are living day-to-day. The same is true for large companies – perhaps the small subsidiary can’t afford a $1,000 or more deductible or more, “but what about if I decide in my premium to build in some form of reserve?” Cossette asked.

For example, say a company budgets in a million-dollar reserve. “You turn back to the insurer and go, ‘OK, let’s talk business. Instead of having a $100,000 or $250,000 deductible… if I were to go in at a minimum dollar deductible, do you still need that large increase? The answer is no.”

How much insurance do you need? Just enough for your own risk appetite, Cossette said. “The way we establish our retention is actually the level of retention where I will have no claims,” he said. Consider a client with a shopping mall with a $50,000 deductible and no claims. “So why should you increase it to $100,000?” Cossette asked. “The insured will say, ‘I just went from having no claims to again having no claims. So why would I give you money?’”

But say the opposite is true – the client has a $25,000 deductible and tons of claims are pouring in, up to $1 million. That’s when you would ask for $1.5 million in premium. “This is when you increase your deductible because you know for a fact you won’t lose that much money, but he should give you enough premium.”

That said, it is very easy to buy more insurance, but very hard to justify buying less. “If I were to go my board and say, ‘We can’t afford a $100 million limit, let’s take $50 million,’ my board legally would have a hard time looking at our stockholders and saying we reduce the amount of insurance we have.”