Simple ways to keep a roof on during a tornado

The Institute for Catastrophic Loss Reduction (ICLR) and home building company Doug Tarry Homes Ltd. have joined forces for a pilot project on increasing the resilience of homes to high wind and tornado events.

High winds contributed in part to most natural catastrophes recorded by the Insurance Bureau of Canada between 1983 and 2016, ICLR noted in a press release Friday. More recently, the May 2018 windstorm in southern Ontario and Quebec and tornadoes in the National Capital Region last September, caused close to $1 billion in insured losses, according to Catastrophe Indices and Quantification Inc. 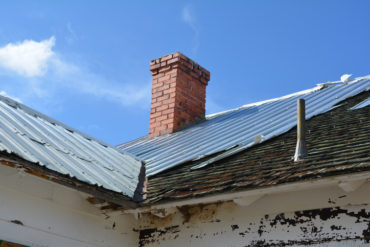 The pilot project will involve the installation of risk reduction measures in 100 new homes in the Harvest Run Community, located in St. Thomas, Ont. Measures will include enhanced roof sheathing fasteners, and enhanced connections between roof framing and supporting walls.

“The measures are intended to help protect both individual building structures and neighbouring buildings, through reduction of flying debris during high wind and tornado events,” ICLR said in a press release Friday. “The measures will further serve to increase resilience of the community, through reduction of time and resources required to recover in the event of a wind-related disaster.”

“This connection is not required by building code,” ICLR’s managing director Glenn McGillivray told Canadian Underwriter Friday. “This connection can hold a roof down in up to an EF2 tornado,” he said, referring to a tornado with wind speeds of between 180-220 kilometres per hour.

Another measure is using 2.5-inch nails for roof sheathing rather than 2-inch nails, McGillvray said. Research conducted by ICLR-affiliated researchers show that the larger nail will “double the hold down strength of roof sheathing over a typical 2-inch ‘code nail,’” McGillivray said. The sheathing nails will be sunk every six inches apart; ICLR achieved this change to the Ontario building code several years ago.

ICLR is also reimbursing builders $200 for every house with these features.

The pilot project will focus on basic measures intended to assist in addressing key structure vulnerability factors that have been identified by academic research, including laboratory studies and post-tornado damage inspections. It will also generate new information on how builders implement the wind resistance measures, and provide practical lessons relevant for the building industry across Canada.

“The result of this pilot project will be the field testing and improvement of construction details and techniques that will enable our industry to cost effectively improve our roof to wall connections to be able to withstand the vast majority of high wind events that occur in Ontario,” Doug Tarry said.