OTTAWA – Southwestern Quebec got a slight shaking from a minor earthquake early this morning.

Earthquake Canada says the 3.4 magnitude tremor was detected at 5:38 a.m. in the Salaberry-de-Valleyfield region and could be felt in the Montreal area – though there were no reports of damage, and none were expected. 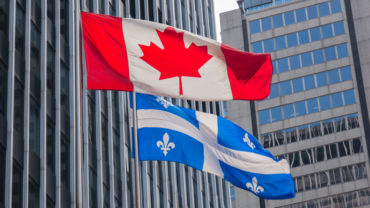 The agency, which initially reported the quake to be a 4.2 magnitude, says its epicentre was located 11 kilometres from Chateaugay, New York, approximately 65 kilometres southwest of Montreal.

Chateaugay is about 10 kilometres from the Canada-US border.

Quebec provincial police said authorities received some calls from people who reported hearing a noise that sounded like a rumble or a vibration.

A number of people in the region also took to social media to talk about the tremor.

This report by The Canadian Press was first published Jan. 13, 2020.