The key role of risk managers during climate change 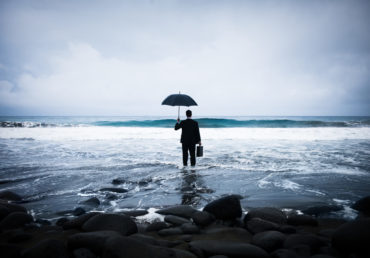 Financial companies, including insurers, are moving positively towards dealing with climate change but more needs to be done – and it will need to be risk managers at the forefront to prepare their companies, according to a new study.

The Global Association of Risk Professionals (GARP) surveyed 27 major institutions around the world and found that companies have moved away from seeing climate change as a risk to their reputation and more as one related to dollars and cents. They’re now pushing ahead climate risk management programs to address financial risk faced by extreme weather and environmental regulations.

Climate change is a primary focus for companies – 80% of respondents have identified climate-related risks and opportunities while 60% have brought in new offerings such as green bonds – and 40% have modified current offerings – to help move to a low-carbon economy.

It’s a dramatic change in attitude over just the last five years for these organizations, said Jo Paisley, co-president of the GARP Research Institute, when releasing the study called A Good Start but More Work to Do, co-authored with senior vice president Maxine Nelson.

“Whereas they used to view climate change largely as a reputational risk, banks and other firms are now treating it as a financial risk and are formally integrating it into their risk management frameworks. As a sign of this progress, 26% of respondents now have a dedicated climate risk function,” she said.

While attitudes have progressed, developing an actual climate risk management plan that includes governance, disclosures and scenario analysis has been a little slower. And it’s the latter that is the least developed aspect of their plan, used mostly on an ad hoc basis. Just a few firms that use scenario analysis, the study found, actually use it to take their next steps.

While some said they have climate risk management frameworks in place – and have been for some time – others are just getting their feet wet, the study also found. That’s a bit of a confusing find because those who were found to be in the bottom portion of progress claimed that their approach to climate risk was “strategic” or even “comprehensive.”

It may very well be the case that these institutions “don’t yet know what they don’t know,” said Paisley, as they don’t have any tangible experience at this point. Companies will be better able to accurately self-assess as they move along the process.

The study also found that only a small number of companies (15%) believe the strategy they have developed is robust enough to handle further climate change.

The study cited research from human resources consulting firm Mercer and climate change economic risk market intelligence company 427 that showed financial companies will be among the most impacted by climate change. Even if regulations weren’t pushing companies to consider climate-related risks, risk managers and their firms will need to ensure business strategies are in place going forward.

“While risk managers do not need to be climate experts, an understanding of the basic climate science and range of possible outcomes and sources of uncertainty is helpful,” the study said.