The liability risk from climate change

Large companies face liability risk if they emit greenhouse gas emissions, and shareholders are asking directors and officers what they are doing about climate-related risks, a speaker suggested at a recent insurance conference in Toronto.

Panelists at the Property and Casualty Insurers’ Risk Management conference were asked about a push by some municipalities to seek compensation from the oil and gas industry for expenditures said to be related to climate change.

“Most of the actions that are taking place can be seen as a risk for large private companies,” Paul Kovacs, CEO of the Institute for Catastrophic Loss Reduction, said during the panel, titled Adaptation, Disclosure and Sustainable Finance – Are we doing Enough? 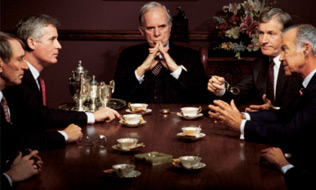 Toronto city council debated a motion last month to consult with city staff about the long-term cost implications of climate change to the city’s infrastructure and programs, as well as “any legal avenues to pursue compensation for these costs from major greenhouse gas emitters.” That motion was deferred to committee.

The City of Victoria, B.C. sent 19 letters to the largest fossil fuel companies in the world seeking compensation, The Canadian Press reported earlier.

“My understanding is, there has not been a case in the world where the emissions by somebody in the private sector were tracked to a loss that occurred, and where an emitter was taken to the courts and emitter found liable,” Kovacs said during the risk management conference, co-hosted April 4 by the Insurance Bureau of Canada and the Global Risk Institute. “However, there are a lot of cases going on.”

Kovacs’ co-panelists were Barbara Zvan, chief risk and strategy officer for the Ontario Teachers’ Pension Plan and Blair Feltmate, head of the Intact Centre on Climate Adaptation at the University of Waterloo.

“Securities commissions are looking at greater disclosure by issuers in terms of material issues pertaining to environmental or climate risk that an informed investor should be aware of,” Feltmate said.

He suggested there is increasing awareness among companies who rate corporate bonds on the risk that borrowers might default in the event of a flood, fire or other disaster. “Could climate change affect that borrower’s ability to pay back on that money?” Feltmate said during the conference at the Toronto Board of Trade.

In Toronto, the motion to pursue compensation for climate change costs was tabled by Mike Layton, councillor for Ward 11, University-Rosedale. Layton’s motion was referred to the city’s infrastructure and environment committee because a motion to waive referral was defeated 20-3.

He claimed the Greater Toronto Area has had six “one-in-100-year-event” storms since 2005, and all of them directly resulted from climate change. “The City of Toronto will spend billions of dollars rebuilding the homes, businesses and municipal infrastructure damaged by ever-stronger floods, storms, heat waves and flash freezes.”

The motion recommends that city council ask the city manager – in consultation with the city solicitor, the general manager of Toronto Water, the general manager of transportation services, the chief resiliency officer, and any other city staff deemed appropriate – to report back to the infrastructure and environment committee by 2019 Q4 on the long-term cost implications of climate change to the City of Toronto’s infrastructure and programs, and any legal avenues to pursue compensation for these costs from major greenhouse gas emitters.