Garneau says the ministerial order will come into effect Friday at midnight, but the government is asking it be implemented immediately. 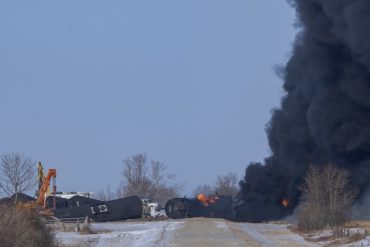 It will require trains with 20 or more cars with dangerous good to reduce speeds to no more than 40 km/h.

It will stay in effect for the next 30 days.

Garneau says he is very concerned about the derailment near Guernsey, roughly 115 kilometres southeast of Saskatoon.

It’s the second derailment involving oil on the same stretch of track near the community since December.

This report by The Canadian Press was first published on Feb. 6, 2020.