Transportation Safety Board involved in probe of crane collapsing on ship

VANCOUVER – The Transportation Safety Board is deploying a team of investigators to the Port of Vancouver following the collapse of a large crane onto a loaded container vessel.

A statement from the safety board says the ship, the Ever Summit, struck a gantry crane while berthing and both the vessel and crane sustained damage.

The independent agency is tasked with advancing transportation safety and says it does not assign fault or determine civil or criminal liability. 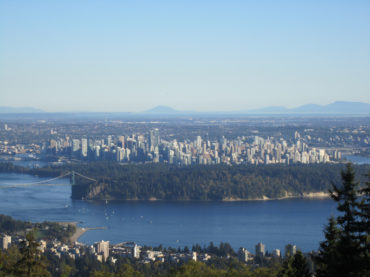 A spokeswoman for Global Container Terminals Vanterm says the ship was coming in to berth early Monday when it made contact with a ship-to-shore crane used to load containers onto ships, shutting down operations at one dock of the busy port.

Footage of the scene shows the boom of the crane draped across the vessel along with several crushed containers stacked at the ship’s stern.

Facility spokeswoman Louanne Wong says no one was hurt and two tugs are holding the ship against the dock to ensure it does not shift, possible causing further damage.

She said vessel operations were shut down and an exclusion zone has been set up to manage the scene but truck and rail operations remained active on Monday.

Danielle Jang with the Port of Vancouver says in a statement that no other operations outside that terminal have been impacted.

She said a pilot with BC Coast Pilots was aboard the ship involved in the incident.

The port authority is providing incident support to the terminal operator to ensure work resumes in a safe and efficient manner, Jang says.