A multi-million-dollar pollution clean-up order that spooked the Canadian insurance industry has some commercial brokers taking a good hard look at the exact wording of mid- to large-sized clients’ directors and officers (D&O) liability policies.

The Ontario Ministry of the Environment issued a clean-up order in 2012 against 13 former directors of Northstar Aerospace Canada, which at the time was effectively bankrupt. Those directors had to pay millions because Northstar’s D&O policy excluded pollution.

The Northstar case “was a bit of a wake-up call in the insurance industry,” Jennifer Fairfax, a litigation partner and environmental lawyer with Osler, Hoskin & Harcourt LLP said Tuesday in an interview. She was not involved with Northstar but has represented clients faced with clean-up orders. 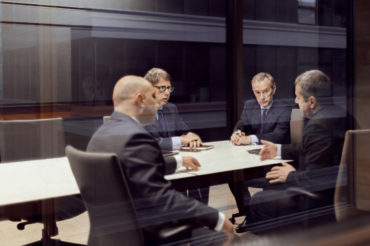 “We have been starting to see D&O liability policies that cover environmental situations,” Fairfax said. Brokers and clients “need to carefully look at the wording” on such policies because most generally exclude fines and penalties, some include defence costs and others do not include defence costs, she added.

With Northstar, the underlying company had court protection from creditors and the Ministry of the Environment was considered a creditor just like anyone else owed money by Northstar.

Commercial brokers serving mid to large-sized clients are concerned that existing D&O policies may not adequately cover their clients if the firms go under.

Northstar Aerospace used to make aircraft parts in Cambridge, Ont. but the firm filed for creditor protection. The Cambridge site was contaminated with chemicals left over from a previous owner.

Some insurers writing D&O will add in pollution coverage for directors and officers but these typically have sub-limits of about $1 million, though in some cases it can be as high as $2 million, Bennett said.

The sub-limit would be shared among the directors and it is not over and above the limit of the D&O policy, Bennett said. “Brokers should be looking at providing the specific environmental liability policy for them and look to include clean-up costs.”