July 31, 2018   by Colleen Slevin and Kathleen Foody - THE ASSOCIATED PRESS

ENGLEWOOD, Colo. – Rachael Haber only intended to stay a few minutes when she stopped by the basement apartment of a travelling friend to check on her pet cat.

While she was there Tuesday, a small but intense storm hit the area south of Denver, unleashing a torrent of rain that rushed through streets and backyards while flooding basements. 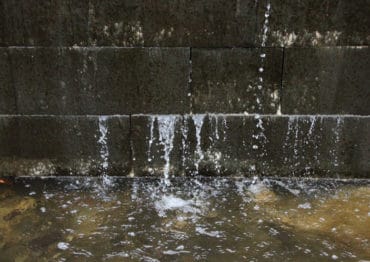 Officials say the 32-year-old Haber got trapped and drowned.

“I’m sure she was down there trying to take care of the cat and get the cat out,” her husband Sean Haber said, describing his wife as one of the kindest, most intelligent people he had ever known.

In a statement, the city of Englewood said the flood was a 100-year event, with an estimated 2.5 inches of rain falling in the area in 30 minutes.

The storm was localized and remained over the area until the cooling effect of the rain created wind to move it along, National Weather Service meteorologist Russell Danielson said.

Haber was found after concerned residents in an upstairs unit called police. Officers, including one who is nearly 7 feet tall, found Haber in water that had reached the ceiling of the basement.

She was unresponsive and was pronounced dead the next day at a hospital.

On Thursday, Sean Haber said he has trouble understanding how his wife could be taken away so quickly in such an unexpected way, especially when other parts of the Denver area did not get any rain.

Haber said his wife, who often worked late to help patients, recently got a master’s degree in business and planned to go into hospital administration and advocate for people dealing with the complicated health care system.

Abigael Froelich, a friend of the woman who lives in the basement apartment, spent Thursday morning with other women clad in knee-high rain boots sorting through soaked and stained items.

They were looking for anything salvageable in the water-logged unit, where leaves and other debris still stuck to the walls and ceiling. Drying mud coated the patterned tile on the rear landing and stairs.

“It’s devastating down there,” Froelich said, her voice quivering. “You walk down and you feel completely overwhelmed.”

Froelich, 28, said tenant Kembra Allen was visiting family in California and could not get back immediately. Allen described Haber as her best friend and asked Haber to look after Samson, Froelich said. The black-and-white cat also died in the flooding.

The Associated Press was not able to immediately reach Allen.

Quick-moving afternoon thunderstorms are typical in Colorado in mid-summer as moisture from the Gulf of California and Gulf of Mexico is drawn into the U.S. West for monsoon season.

However, an unusual low pressure system parked over the Midwest – which has led to heavy rain in the East – is contributing to storms over Colorado, Danielson said. The pattern is expected to continue into next week.

Standing outside and looking down a set of stairs into the basement apartment, Froelich said she could imagine rushing water making it impossible to get out.

Other neighbours lugged damaged items from three affected houses nearby onto front porches or into sun-soaked yards to dry. None of the residences had power, so people have been forced to find housing elsewhere. Those three homes also had basement apartments.

Beth Minnick owns a home across the street from the dwelling where Haber was found and rents out a basement apartment. Minnick said she has tried to get flood insurance for the property but was denied because the area isn’t on a federally approved flood map.

Minnick said a father and his 21-year-old son who rent the basement unit were home during the storm and described water rising to their chests in seconds. They were able to escape safely, but several pet birds died, she said.