How a $3-million brokerage increased its premium volume by 2,133% in five years

Fear of technology is preventing many brokerages from reaching their strategic objectives, a digital broker said last week at Gore Mutual’s Fast Forward event in Toronto. And it’s a myth, he added, that only large companies can afford to use the latest tech wizardry.

Lance Miller, CEO of digital broker SurexDirect, told delegates Thursday that when he bought the brokerage, which wrote about $3 million in premium, it was in a small town of 2,000 people in rural Alberta. The brokerage has since boosted its premium volume up to $67 million five years since the brokerage started its online division.

The brokerage website offers online quotes in less than 10 minutes. Drop-down menus allow the consumer to tailor the quotes to their unique circumstances, and a broker name and number are provided to call in the event that a consumer has a question at any time during the process. 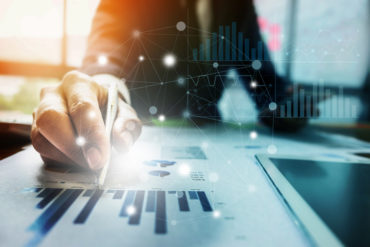 Miller has even hired a person with a PhD in artificial intelligence. “A lot of time when we talk about change, we only think about the big brokers that have capacity can change,” he said. “We were a brokerage of $3 million and we have a PhD in data science and AI.”

Brian Timmis, managing director of Dalton Timmis Group, agreed brokerages must do things on their own. “They have to reinvent themselves constantly,” he said, saying that Dalton Timmis has reinvented itself four times and will probably do so again a couple of times over the next few years. “If you’re not reinventing and not reinvesting in yourself, you’re going to die,” Timmis said. “You can’t wait for an insurance company to come and help you.”

Timmis is also blunt in what he sees as a “war” over distribution between brokerages and direct writers. “Like it or not, it’s a war,” he said.

When dealing with consumers, brokers offer significant advantages that set them apart over any of their competitors, he added.

“We have choice, we’re educated, we know the products. Directs don’t have that. They’ve got people that get paid minimum wage to answer the phone and sell products. The consumer advantage is in our favour. We’ve just got to listen to the customers and deliver it and we will win the war.”