Nearly four in five (78% of) global businesses believe that digital start-ups pose a threat to their organization, either now or in the future, and almost half (45%) surveyed fear that they may become obsolete in the next three to five years due to competition from digital start-ups, according to new research from Dell Technologies. 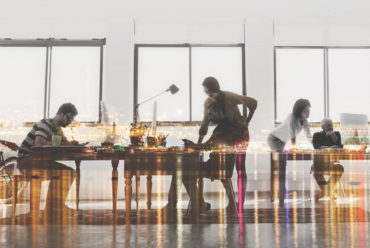 The findings result from an independent survey by technology market research company Vanson Bourne of 4,000 business leaders – from mid-size to large enterprises – across 16 countries (including Canada and the United States) and 12 industries. Of the 16 countries surveyed, Canada ranks among the least digitally mature, said the study, titled Embracing a Digital Future – Transforming to lead ahead, and released earlier this week.

“As a result of less disruption Canadian companies are faced with little pressure to increase the speed of digital transformation and reach their full potential: nearly three-quarters (72%) of Canadian businesses admit to not acting on digital intelligence in real time,” the release said. “This perfect storm of slow digital adoption and less disruption finds Canada among the bottom three countries in digital maturity.”

Some companies are feeling badly bruised by the pace of change, Dell Technologies reported. More than half (52%) of business leaders have experienced significant disruption in their industries over the past three years as a result of digital technologies and the “Internet of Everything,” and 48% of global businesses don’t know what their industry will look like in three years’ time.

“So far the fourth industrial revolution has proved as ruthless as its predecessors,” said Jeremy Burton, chief marketing officer for Dell Technologies, in the release. “If companies can’t keep up, they will fall behind… or worse. The ‘delay until another day’ approach simply won’t work.”

“In the near future, almost every business will have software development expertise at its core,” Burton predicted. “Many of these companies will be brand new, others – having not written a line of code in 20 years – will have been on a momentous journey. New digital products and services will drive the transformation of IT infrastructure as businesses struggle to manage 1000x more users and 1000x more data.”