A new way of looking at hackathons

Thinking of hosting a hackathon, but tired of watching participants build yet another app for the Apple Store? 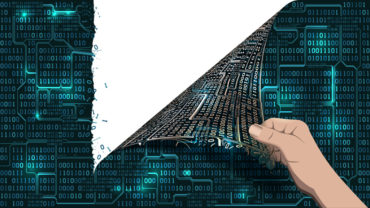 “One large organization I worked with recently, their hackathon was hacking away at old systems,” O’Neill said earlier this month at the Gartner IT Symposium/Xpo in Toronto. “There was a bounty for the old systems you could identify and then kill. I thought that was another good way of thinking about a hackathon as well.”

This different way of looking at hackathons could help battle the “hackathon fatigue” that seems to have occurred lately. “We’ve kind of reached a place with hackathons, particularly in some locations like London [UK], where it seemed at one point there was literally like 15 or 20 bank or financial services hackathons every weekend,” O’Neill said during the session Top 10 things CIOs need to know about API platforms and creating an API ecosystem.

Hackathons can help, but organizations need to be careful and realistic, he said. “They suddenly generate publicity, they can be used to find new talent and new engineers, they can be used to try out APIs,” O’Neill said. “Sometimes we find people have sandboxed trial APIs that they use for hackathons.”

Another way to approach hackathons is to present the challenges that customers and employees have “and your challenge is to find solutions that help with these,” O’Neill said. “So, it’s not just blue sky build what you like, it’s targeted.”

For example, that could be using some concept of design thinking. “Those challenge-based hackathons tend to be better in terms of outcome,” O’Neill said, adding that some type of follow-through is important – where there is some mentoring or path after that.

“Sometimes organizations will say whatever wins we are going to sponsor it and it’s going to be in the Apple Store as an app,” he said. “Usually it’s app that people build as part of hackathons. Then that’s not possible and people are disappointed.”